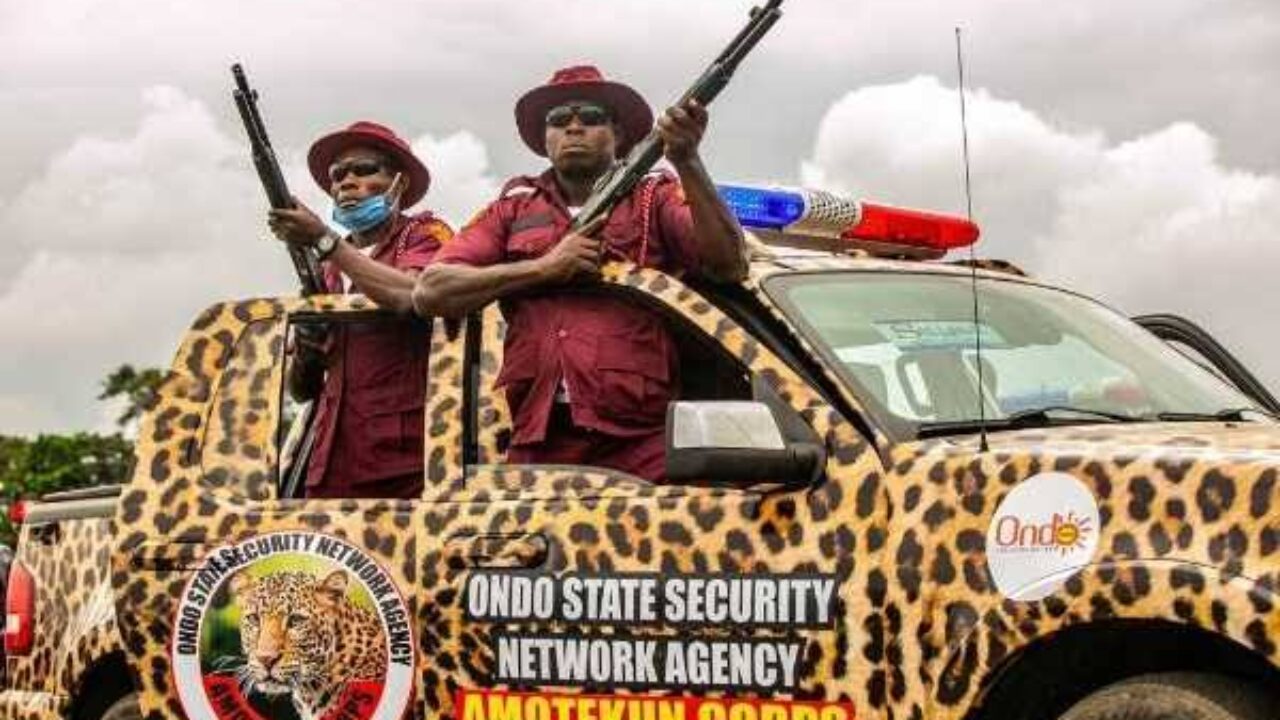 No fewer than four (4) operatives of the Oyo State Security Network Agency also known as Amotekun have been hospitalized.

The operatives were attacked by some hoodlums in Ona Ara Local Government area on Friday.

They have been hospitalized as a result of injuries they sustained after the attack, Daily Post gathered.

The four operatives were on Friday rushed to the Intensive Care Unit (ICU) of the University College Hospital (UCH), Ibadan.

They are currently at the hospital as at the time of filing this report on Saturday.

Olayanju added that operatives moved to the area following a distress call by Odeyale Community Landlord Association to help dislodge hoodlums perpetrating violence in the community.

He said the operatives were attacked with machetes and axes, adding that four of them with severe injuries were currently receiving treatment at the ICU of the UCH.

He said the corps has commenced investigation into the incident.

“Operatives and police officers were attacked by hoodlums at Ona Ara Local Government of Oyo State.

“The incidence was a follow up to a distress call by Odeyale Community Landlord Association who called for help today from the two security outfits to help in dislodging the activities of the hoodlums in their neighbourhood.

“The coordinator of Amotekun operations at Ona Ara, Mr Adelakun said that the hoodlums attacked them with machetes and axes. Four of the operatives were severely wounded and are in an intensive care at the University College Hospital (UCH) for treatment. Investigation is still ongoing.”