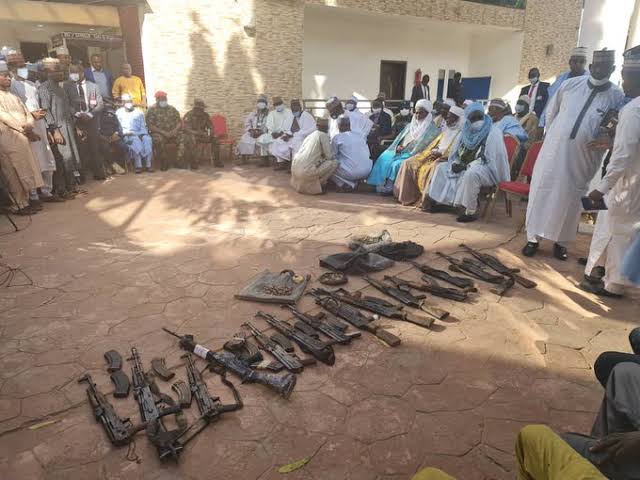 The Governor of Zamfara State, Bello Matawalle, has set out plans to build RUGA settlements for repentant bandits who are ready to embrace his peace moves and surrender their weapons, following their meeting with Islamic scholar, Sheikh Abubakar Gumi, on Thursday.

Making this known on Friday, Special Adviser to the Governor on Public Enlightenment, Media and Publicity, Alhaji Zailani Baffa, said the government was taking this step following an amnesty arrangement it had with the bandits last year.

“Following the amnesty arrangement, the state government had, since last year, granted amnesty to some bandits who were in detention at various correctional centres in the state, just as the bandits also released some people they had kidnapped.

“Governor Matawalle had already told the world that he had chosen dialogue as a means of ending banditry in the state and had granted amnesty to many repentant bandits.

“Arrangements are also in top gear to provide shelter to the repentant bandits through the construction of RUGA settlements in some parts of the state.”

Baffa added that following a tour to the state by Sheikh Gumi, many bandits have indicated their willingness to repent and join the governor’s peace accord.

“All the state government needs from the Federal Government is the deployment of more security personnel to the state so that we can fight those recalcitrant bandits who are not ready to surrender.

“We have gone far in this arrangement and it is yielding positive results,” he added.