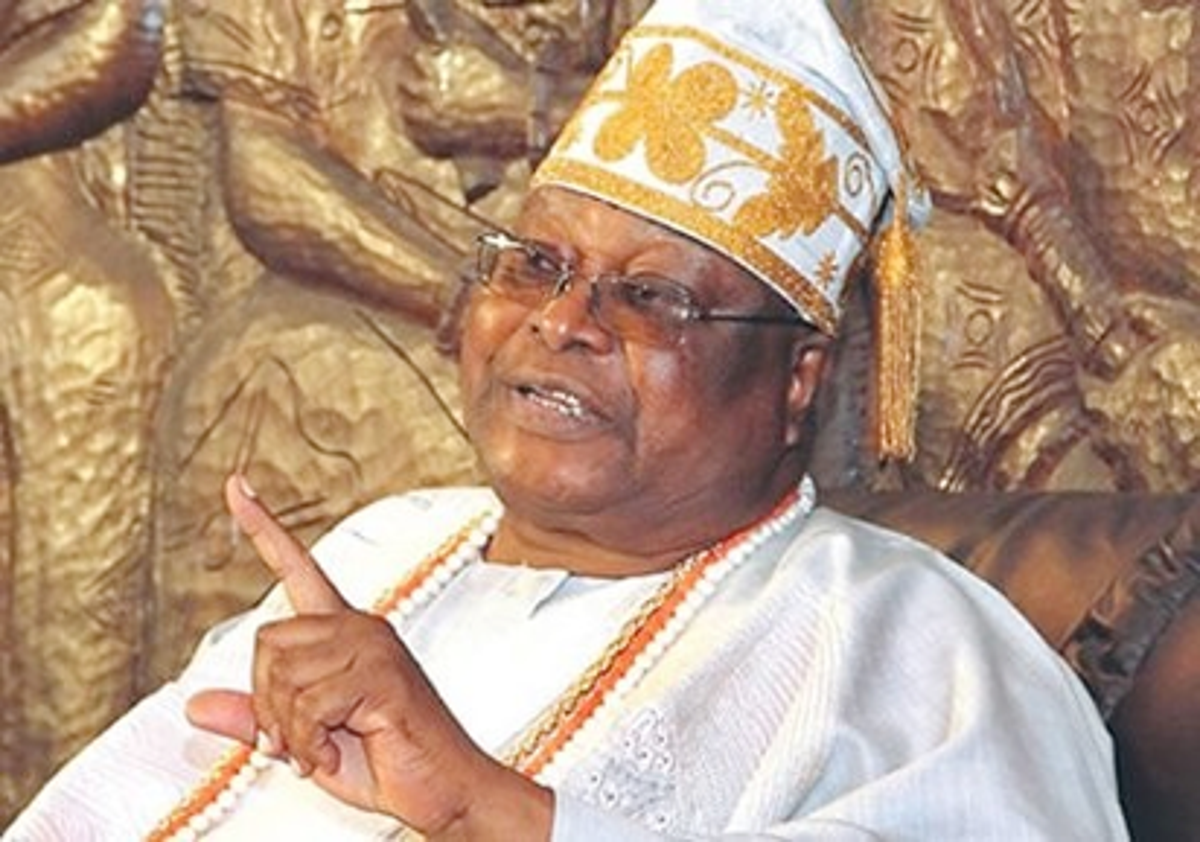 The Awujale of Ijebuland, Oba Sikiru Kayode Adetona has denied a statement credited to him on social media, for declaring support for the war on Fulani-herders terrorising the Southwest region of the country.

This was contained in a statement issued by the Personal Assistant to the monarch, Tunde Oladunjoye, and made available to Journalists in Abeokuta, the Ogun State capital.

It would be recalled that the Oba Adetona was quoted to have said, “As a traditional ruler, or a leader in Yorubaland, you must support Sunday Igboho at this moment if you are not a bastard.”

Oladunjoye in the statement said, “the attention of the Aafin Awujale has been drawn to a fake news trending on the social media quoting our revered royal father, Oba Dr Sikiru Kayode Adetona, the Awujale and Paramount Ruler of Ijebuland, as having issued a statement on the current situation in some states concerning Mr Sunday Igboho”.

“The Aafin Awujale hereby categorically denies that Kabiyesi Alayeluwa ever issued such statement or comment on the issue”.

He added “as you are all aware, Kabiyesi Alayeluwa is a great patriot and at all times fully in support of Yoruba’s progress, development and aspirations. However, it should be clarified that the statement credited to him in the meantime is a “fake news”.

“This statement is issued as a matter of principle that nobody has the right to put anything in the news in our name without our knowledge and consent”.