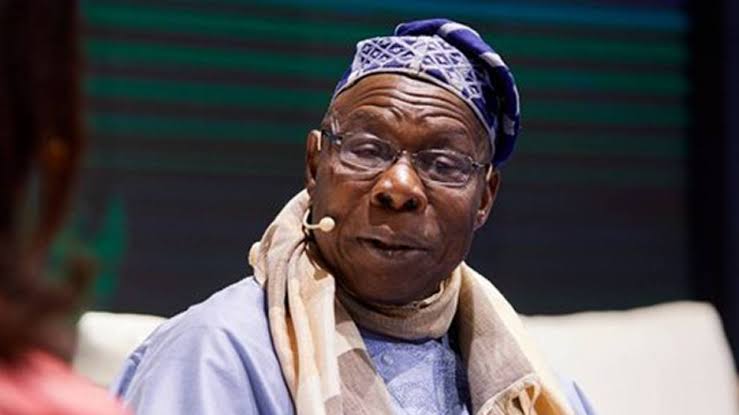 Former President, Olusegun Obasanjo has expressed displeasure over Nigeria’s current situation, saying everything appears that many are not preparing for the Kingdom of God.

He made this remark on Saturday at a dedication of St Moses Orimolade Holyland(Cenotaph) at Ojokoro- Ijaiye in Lagos.

Moses Orimolade was the founder of the Eternal Sacred of C&S Church and he died in 1933 at aged 54.

Obasanjo, a guest of honour at the event, though, did not give details as regards his comment about Nigeria’s current situation, he urged everyone, especially Christians, to as a matter of necessity, begin to prepare for the Kingdom of God.

He said the making of heaven should be the ultimate for every Christian.

He, however, recalled how his intervention as a military head of state saved the headquarters of the church and the tomb of the founder, Moses Orimolade from been demolished during the construction of the Lagos-Abeokuta Expressway.

He said the place had already been marked for demolition for the road to pass through but the leadership of the church came to him for intervention because of the importance of the facility.

He said if the contractor handling the project then were to insist on demolishing the place and himself agreed with him, there would not have been the church and the tomb of the founder there today.

“And that is why truly the expressway is curved at the portion of the church where we are all celebrating today. I’m particularly happy to witness this occasion with a big edifice on the land,” he noted.

READ  Reps To Probe Death Of Boys Brigade In Gombe

Obasanjo, who read Psalm 24:7 to support his goodwill message, also eulogised virtues of Nigerian missionaries and church leaders, saying even though the whites brought Christianity to Nigeria, the contributions of indigenous to the spread of gospel are enormous.

He said though many of them are unsung heroes, their impacts would live forever.