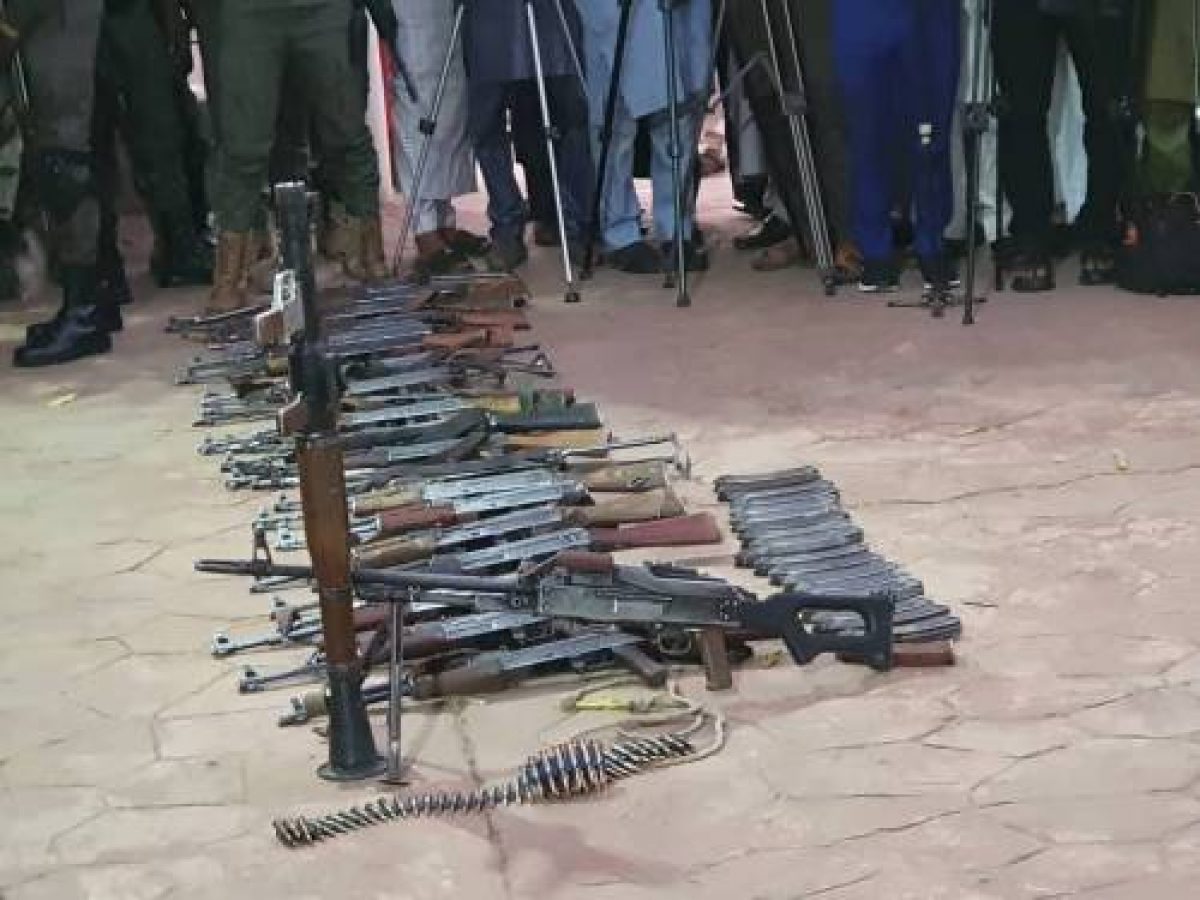 Daudawa and five of his lieutenants surrendered 20 AK 47 rifles, ammunition and a rocket-propelled grenade (RPG) launcher to the Zamfara state government on Monday, February 8.

Auwalun Daudawa, the alleged mastermind behind the abduction of the Kankara schoolboys in Katsina state has “repented” and surrendered his ammunition to the government.

The Cable reports that Daudawa and five of his lieutenants surrendered 20 AK 47 rifles, ammunition and a rocket-propelled grenade (RPG) launcher to the Zamfara state government on Monday, February 8.

Recall that on December 11, 2020, over 300 schoolboys were abducted from their school, hours after President Buhari arrived the state for a private visit. The students regained their freedom after spending a week in captivity. The Zamfara state governor, Bello Matawalle, had said the boys were rescued through the help of Miyetti Allah Cattle Breeders Association of Nigeria (MACBAN) and that no ransom was paid.

Speaking after he took an oath of repentance on Monday at the government house in Gusau, the capital of Zamfara state, the bandit said his gang voluntarily surrendered and are not seeking money from any individual or government.

“We have voluntarily repented and seek no single kobo from any government, group or individual for that.”

“I was convinced by the state government approach on peace reconciliation with armed bandits, I learnt from those repented before me that, there was not single plan by the governments through use of security agencies to harm me and my boys, therefore, we are now back for normal lives like other peace-loving Nigerians.” Daudawa said

On his part, the state governor said the development is a result of his administration’s efforts to ensure that there is peace in Zamfara.

“The development will not only gradually paste the name of Zamfara unto the list of most peaceful places in the country, but will facilitate the return of the lost commercial enterprising to the state,” the governor said.