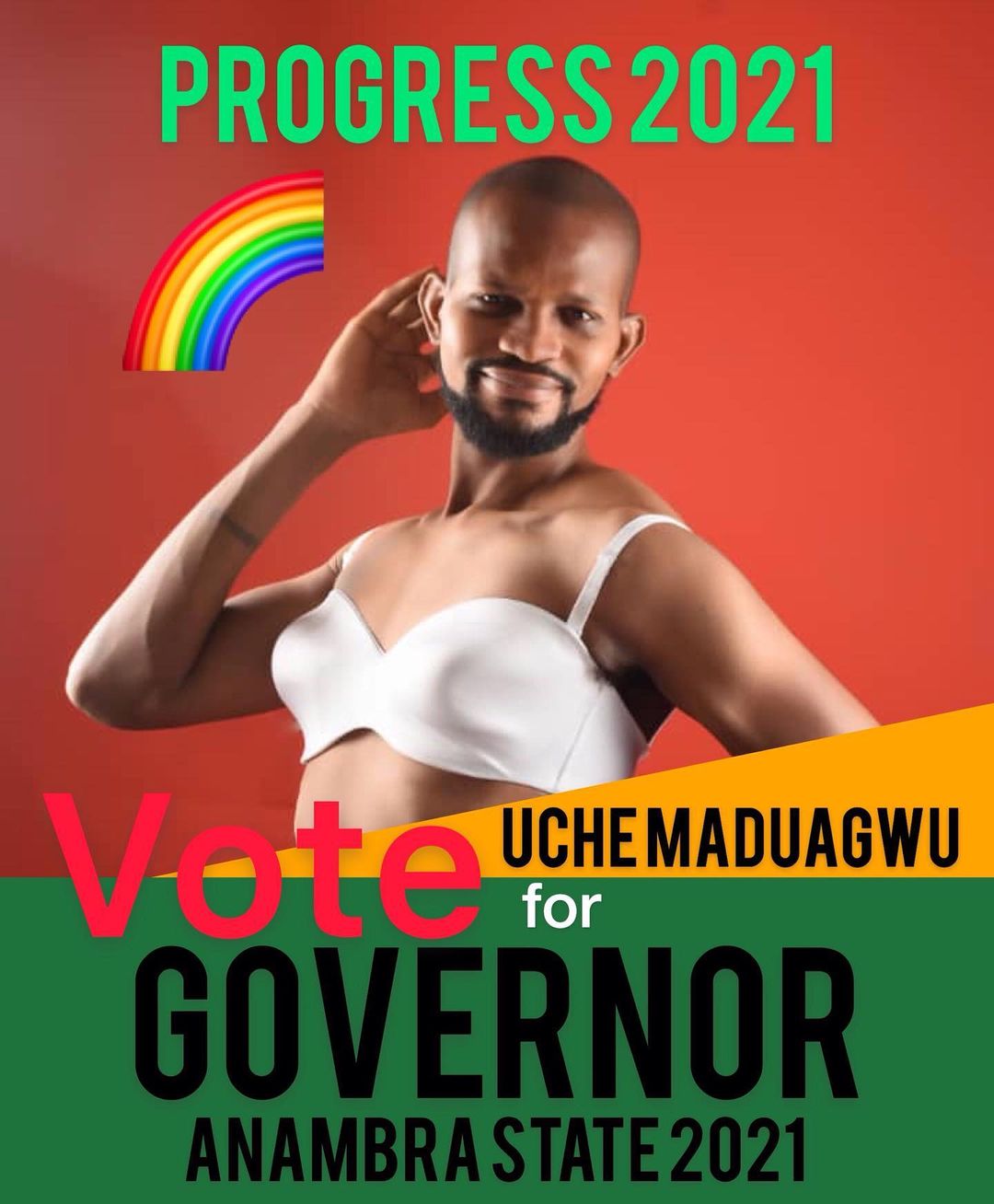 A Nollywood actor has made public his intention to run for the post of Governor in the upcoming Anambra State governorship election.

A Nollywood actor who recently came out as gay has publicly declared interest to run for the post of Governor in Anambra state.

According Maduagwu he intends to replace ” the gay supporter governor” who left Anambra Government house.

Sharing a campaign poster, he wrote:

“Ever since a gay supporter governor left Anambra Government house corruption swim freely that’s why I will be running for governor come November 2021 let’s make Anambra great we should not allow Fulani herdsmen rubbish our farmers we need agriculture for progress.” Meanwhile, the actor who recently came out as gay, has alleged that Nollywood producers have refused to work with him since he opened up about his sexuality.

Uche Maduagwu who made this claim also revealed that he’s on the look out for a billionaire boyfriend as his valentine date.

Taking to Instagram he wrote, “My valentines date must be a billionaire man with big cassava. being gay is happiness. some movie producers refuse to work with me because i came out as gay in Nollywood”.