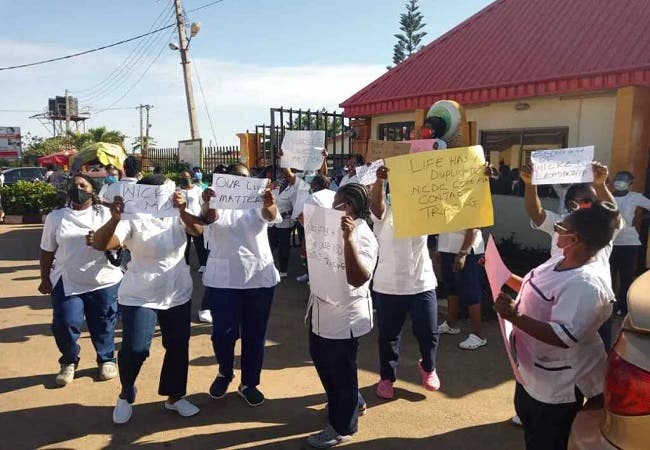 The Ondo State chapter of the National Association of Nigeria Nurses and Midwives (NANNM) is currently mobilising to embark on an indefinite strike action over decision of the state government to pay half salary for the month of November 2020.

This is coming one week after doctors under the auspices of Ondo Government Doctors Forum (OGDF) began an indefinite strike action.

Some of the nurses in the employ of the state government said they got N18, 000 as salary.

They said they cannot continue to work on empty stomach until all their allowances are paid.