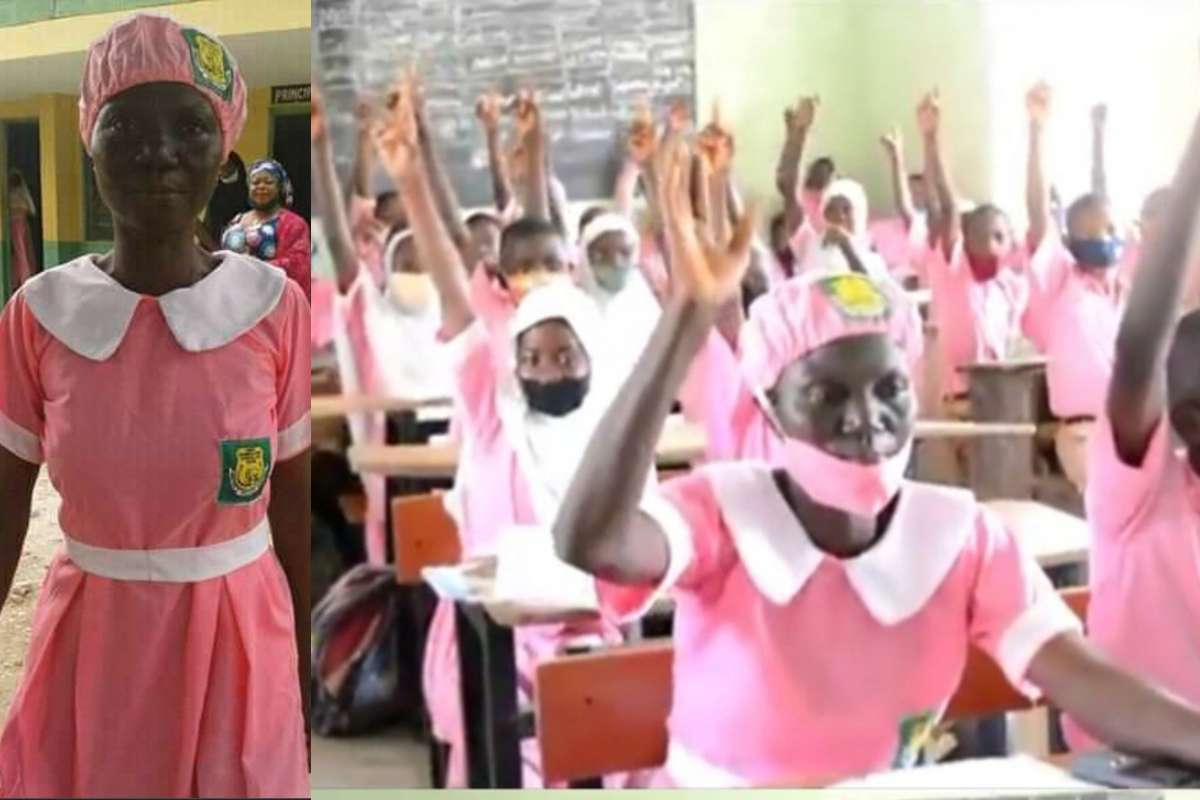 A 50-year-old woman has become the oldest student to enrol at the Ilorin Grammar School in Kwara state.

A 50-year-old Nigerian woman has proved it is never too old to learn after enrolling at the Ilorin Grammar School, Kwara state.

The woman identified as Mrs. Ajayi Folashade started at Junior Secondary School 2, with kids younger than her children as her classmates.

According to Folashade she enrolled in the school to better herself, adding that she hopes to encourage people her age to follow through with their dreams irrespective of age.

The woman who aspires to be a Teacher someday has called on the government to create adult education programs so older people who desire to go back to school won’t have to sit with children to learn.

This is coming after an Instagram user with user name azaaa_firequeen took to her page to share a photo of her 48-year-old aunty who sat for the 2020 West Africa senior school certificate examination.

The lady revealed that her aunt whom she identified as Christina Samuel is a village farmer, and had no previous education because she was poor and had 3 kids from an early marriage.

Christina Samuel sends her kids to school, depending solely on farming as her source of income.

The 48-year-old mother of 3 is ready to pursue her life long dream of becoming an auxiliary nurse, even if she would starve to achieve her desire of being educated.