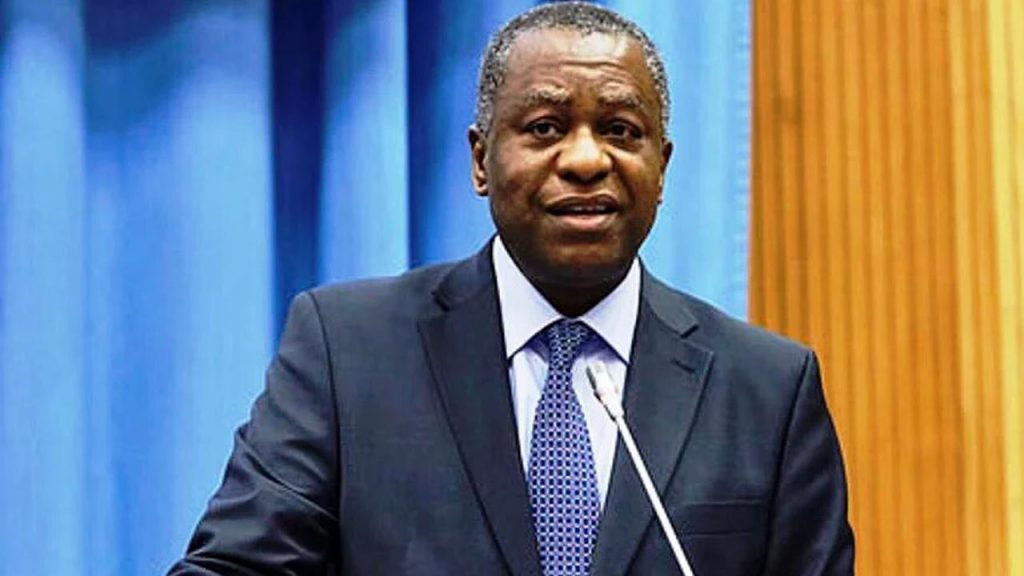 An ambassador-designate, Ingekim Regina Ocheni has been accused of human trafficking, forgery, and perjury.
The accusations are contained in a letter written against her to the German Ambassador in Nigeria by one Mr Winston Obikwelu.

However, the Ministry of Foreign Affairs has denied the accusations against her and submitted that she acted in accordance with the expectations and rules guiding the operation of her office.

The foreign affairs ministry in a statement on Wednesday titled ‘Ministry of foreign affairs refutes allegations against Mrs Ingekim Ocheni, ambassador-designate’ issued by its spokesman, Ferdinand Nwonye in reaction to the letter forwarded to the German Ambassador, absolved Ocheni of all faults.

It described the letter as an attempt to drag Ocheni’s reputation in the mud, explaining that the issues contained in the letter were family affairs which had been handled professionally by Ocheni in her capacity as an official of the Ministry when it occurred, urging any aggrieved party to seek redress in court.

It explained that Ocheni was saddled with the responsibility of handling issues related to the death of Mrs Emmanuella Obikwelu, a staff of the ministry and a former wife to Mr Obikwelu, as expected of her office.

It added that the situation eventually led to the handing of the children Mrs Obikwelu had with her ex-husband to their grandparents, Mr and Mrs Godian Amadi, who doubles as her biological parents, whom she had registered as her Next-of-Kin.

It said, “The ministry, therefore, wishes to re-emphasize that the children are currently in custody of their grandparents and parent of the deceased, who she documented as her Next-of-Kin in accordance with extant regulations.

“The agitation instigated by Mr Obikwelu could as such be considered a family affair, which the ministry or any of its officials should not be dragged into. Alternatively, aggrieved persons may wish to seek redress in court of competent jurisdiction.”