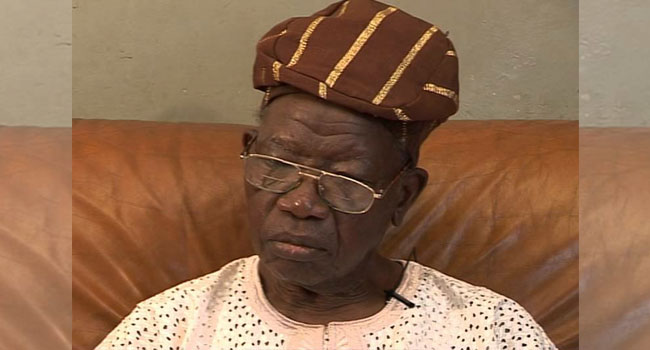 He reportedly died on Thursday at the age of 91.

Jakande, aka Baba Kekere, brought a lot of development to Lagos as governor between October 1, 1979 and December 31, 1983, in line with the five cardinal programmes of the Unity Party of Nigeria founded by a former Premier of the Western Region, Chief Obafemi Awolowo.

Incumbent Governor of Lagos State, Babajide Sanwo-Olu, confirmed the passage of the elder statesman in a statement.

He wrote, “With gratitude to God for a worthy life well spent in the service of Lagos State, Nigeria and humanity, I announce the death of a venerable statesman, outstanding politician, public administrator and the first Civilian Governor of Lagos State, Alhaji Lateef Kayode Jakande.

“Baba Jakande’s record of service as a journalist of repute and a leader of remarkable achievements as governor of Lagos State will remain indelible for generations to come.

“His death is a colossal loss and he will be missed.

“On behalf of the Government and people of Lagos State, I want to express my sincere and heartfelt condolences to the family, friends and comrades of Baba Jakande.