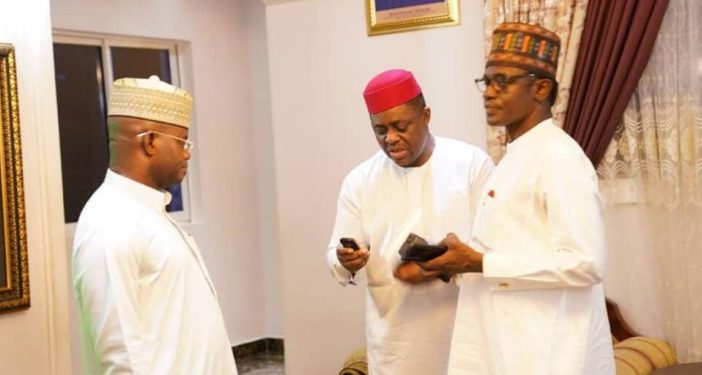 Recall that the governor had said that the Peoples Democratic Party (PDP) chieftain has returned to the APC, six years after he left the party.

Speaking during his membership revalidation exercise in Okene on Wednesday, Bello said Fani-Kayode is rejoining the APC to come and add his own positive energy and make the party grow.

“Our brother and friend, Chief Femi Fani-Kayode, has joined our party in good faith. He is joining our party to come and add his own positive energy and make contributions to ensuring that APC is a party to beat.

“Remember, Chief Femi Fani-Kayode is a foundation member of the All Progressives Congress… Now he has decided to join our party, approached me and by the mandate giving to me by our party, I must not segregate,” he had said.

Hours later, Fani-Kayode denied media reports that he has dumped the PDP of the APC, saying that he was still a member of the opposition.

“Though we have had meetings across party lines and we are in a season of political consultation, I have not left the PDP,” he wrote on his verified Twitter handle on Wednesday.

However, confirming the defection, Kogi State Commissioner for Information, Kingsley Fanwo, said the former minister has truly rejoined the APC.

Fanwo added that the statement credited to the governor was true.

“It is a video and it is clear,” he told The PUNCH.