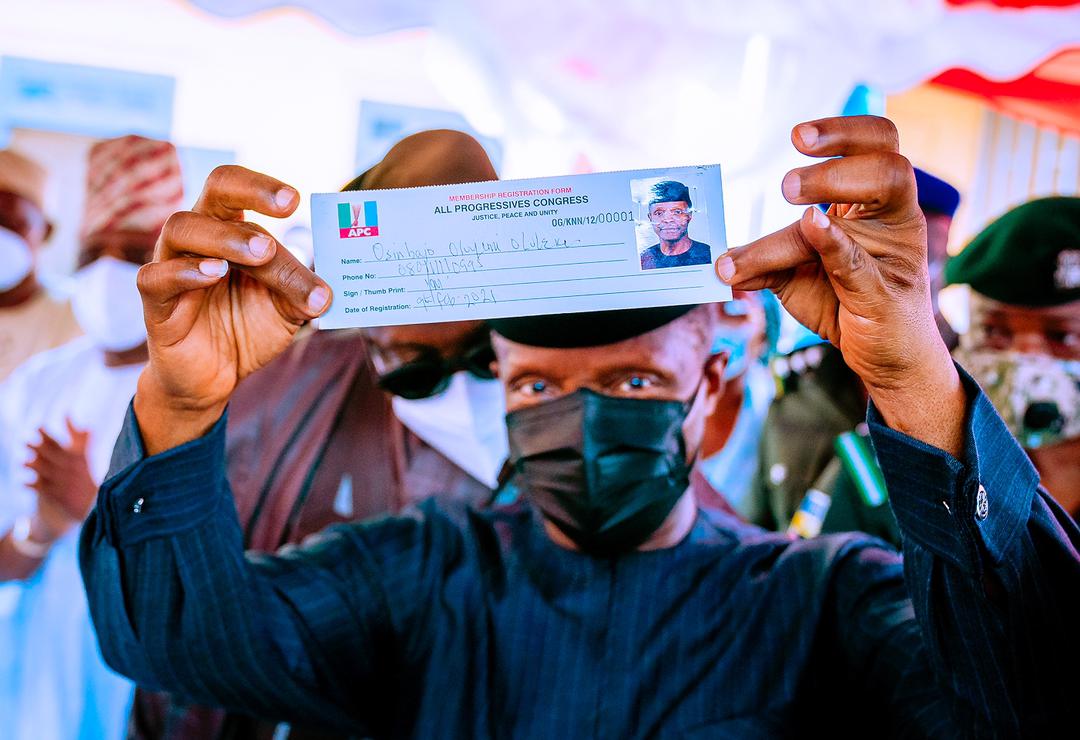 Vice President Yemi Osinbajo, on Tuesday, February 9, 2021, revalidated his All Progressives Congress (APC) membership in his country home of Ikene in Ogun State.

However spotted a big mistake in the membership slip displayed by the APC leader on his Twitter page.

The vice president shared photos of himself during the membership revalidation exercise of the ruling party with the caption, “Today, I had the privilege of revalidating my APC Membership status in Ward One, Ikenne, Ogun State.”

In one of the photos, Osinbajo can be seen holding up his membership slip, which has a 12-digit ‘phone number’ written on it instead of an 11-digit number.

The photo has since generated reactions from some Nigerians on Twitter, as they have taken to the microblogging platform to register different opinions, especially on the number of digits of the phone number.

Seem some comments below on the major error:

Today, I had the privilege of revalidating my APC Membership status in Ward One, Ikenne, Ogun State. pic.twitter.com/K7sy7LqTl4

Common phone number, MOG can't be truthful about it. So much for a minister ooo.

@ProfOsinbajo Sir, pls try edit your phone number in the form, your dropped 12 digits number instead of 11digits. Thanks, kindly snap and repost when you do. Thanks Sir. Long Life Prof. Yemi Oluleke Osinbajo

Prof mistakenly shows his phone number. No matter how stubborn you are, don't 'mistakenly' call that line to vent or drop a disparaging text message. It's a trap.

Now his phone number is out there in the public. I bet his phone has been on fire ever since.😊