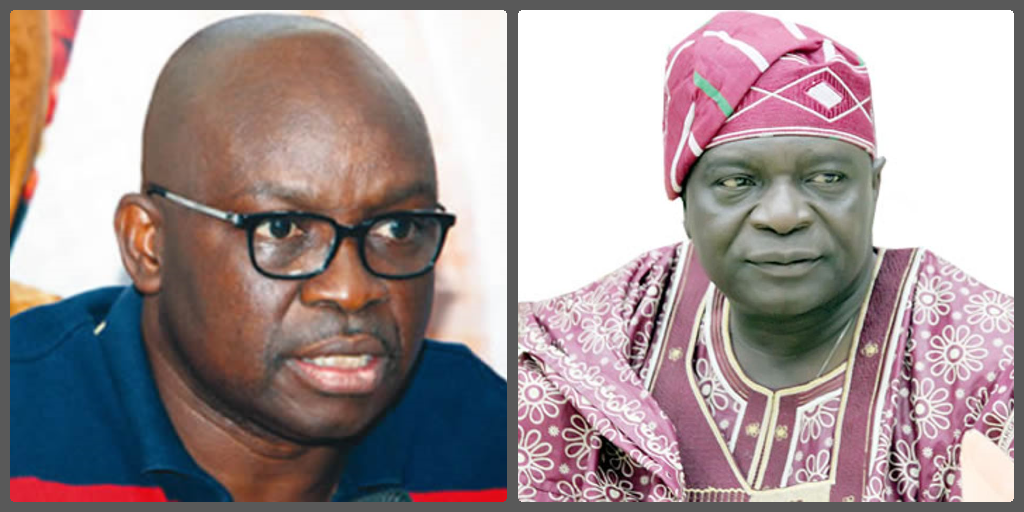 He disclosed this at a meeting in Akure, Ondo State capital, to mobilise support for Dr. Eddy Olafeso, who is running for the Southwest National Vice Chairman of the PDP.

Fayose, who noted the meetings called by Oyinlola were self-serving and for personal gains, directed his supporters to shun invitation to any meeting called by the former Osun governor.

It was gathered that the purpose of the meeting was to begin the mobilisation and consolidation of PDP members, especially delegates across the Southwest

A communiqué issued at the end of the closed-door meeting cautioned the PDP National Organising Secretary, Col. Austin Akobundu, not to manipulate the delegates’ list.

The communiqué titled: “The Southwest PDP Is Not Up For Sale” was signed by the Zonal Caretaker Secretary, Daisi Akintan, chairmen of Osun, Ekiti, Lagos and Ogun states, Sunday Bisi, Chief Bisi Kolawole, Adedeji Doherty, and Dr Sikirulai Ogundele.

It said: “We reviewed strategies and in fact considered new party management tactics that will strategically enhance and promote the growth and strength of the PDP in the Southwest. To this end, it was conclusively agreed that the immediate past executive of the zone under the leadership of Dr Olafeso displayed enough competence and candour during its last tenure and as such further endorsed, to be returned for another tenure through the next Zonal Congress.

READ  The Election Campaign Is In Full Swing In The UK

“All leaders and state chairmen are hereby placed on high alert and enjoined to immediately commence mobilisation in their states for the next Zonal Congress.

“We are aware of steps being taken to tamper with the Delegates’ List for the Zonal Congress. Therefore, we seize this opportunity to warn the National Organising Secretary not to in any manner whatsoever compromise in the discharge of his responsibilities, as such a development will certainly portend great danger for the party in the zone.

“The National Working Committee is equally enjoined to be interested in all actions designed for execution as we progress to the Zonal Congress.

“We also note that ex-Governor Oyinlola is still in pursuance of his self- seeking assignment across the Zone. Much as we accord him his personal respect, it is, however, important to place on record that as a recent defector to the party, he remains ungrounded and uninformed to understand the tendencies at play currently, thus ill-equipped to be of any significant relevance at this significant period. Therefore, members are enjoined to shun and disregard his interloping actions.”