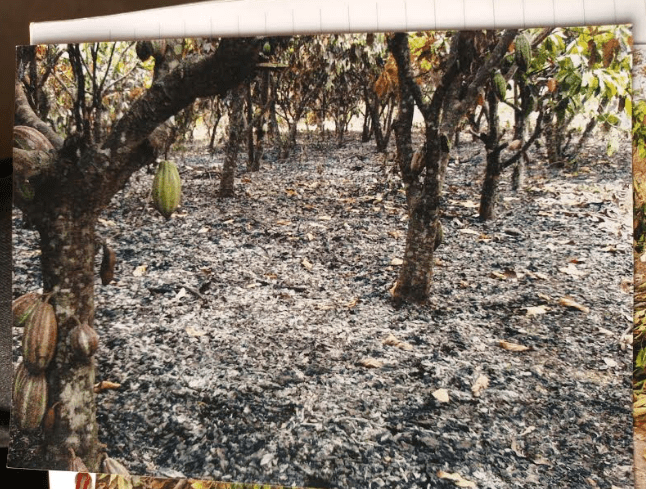 Police in Oyo State are investigating the death of one Bashiru Akinlotan near his 12-acre cocoa farm in Igangan in the Ibarapa area of state.

Akinlotan, 65, was found dead about 20 metres from his farm, which was set ablaze.

There were speculations that he was strangled by herdsmen but when his body was examined, there were no telltale signs of attack, The Nation learnt.

Igangan and parts of Ibarapa North council have been in the news lately over alleged violence by herders.

Akinlotan’s family sent out a search party for him when he went to his farm and did not return. His body was later found by the roadside near the farm.

The incident was reported at Igangan Police station.

Police spokesperson Olugbenga Fadeyi confirmed the death, saying that an investigation had begun.

Fadeyi said the force wanted to conduct an autopsy to determine the cause of death but Akinlotan’s family preferred to bury him quickly according to Islamic rites.

Fadeyi said, “The police took his body and wanted to take him to the mortuary for an autopsy but the family members refused, claiming they didn’t want any vacuum and then they said they needed to take the body away for burial according to Islamic rites. And when they insisted the police had to release the body to them.

“Notwithstanding, an investigation has commenced and police are looking into the matter.”