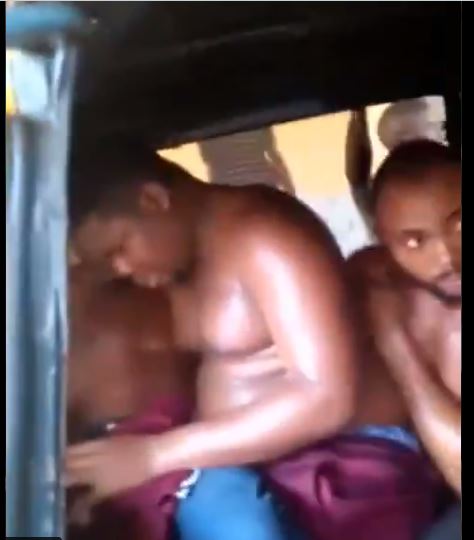 The arrested protesters including comedian, Mr. Macaroni were seen being subjected to dehumanizing treatment by the police.

A shocking video has emerged online showing the protesters who were arrested during the protest at Lekki tollgate being dehumanised.

The arrested protesters including comedian, Mr Macaroni were seen being subjected to a dehumanising treatment by the police.

The victims are seen, in the video, being jampacked inside a vehicle as they are tole to look at the floor.

GRAPHIC VIDEO: Look at how the #Lekkitollgate peaceful protesters are being dehumanised by the government. Activist and comedian @mrmacaronii is one of those in his video. 🎥 realyomifabiyi on IG pic.twitter.com/hpMYbGZ9Yk