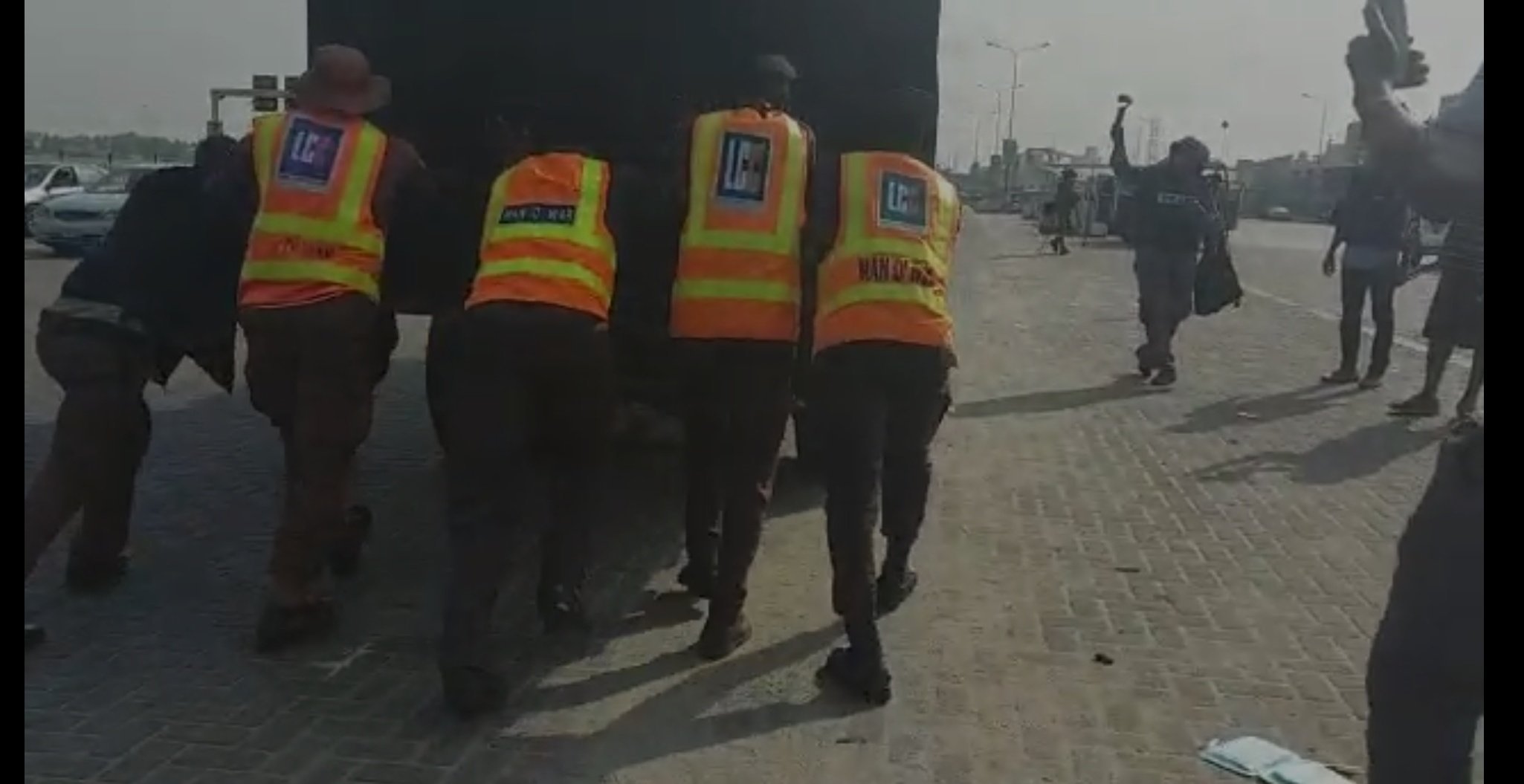 The van brought to convey arrested Lekki Tollgate protesters on Saturday refused to start after police had arrested some of those protesting.

The incident caused a mild drama as officials eventually had to swallow their pride and push the van popularly called ‘Black Maria.’

The video has gone viral on social media and Nigerians are mocking the Police over the incident, telling them to rather join the protest than arrest the protesters.

And here are some reactions from Nigerians on Twitter.

This is too funny. Even the Black Maria used in conveying arrested peaful protesters had to be pushed before it could start.

Logic would have assumed that the heavy police presence was to protect the peaceful protesters from the “Hoodlums” who might want to hijack the protest but we all know they are they to arrest the protesters. There was a country. They even have to push their Black Maria 🤦🏾‍♂️

Popular comedian, Debo Macaroni was part of many other protesters arrested by the Police during the fresh Lekki tollgate protest on Saturday.

Meanwhile, more protesters are reportedly arriving at the Lekki tollgate despite the earlier arrests and the heavy presence of security operatives.