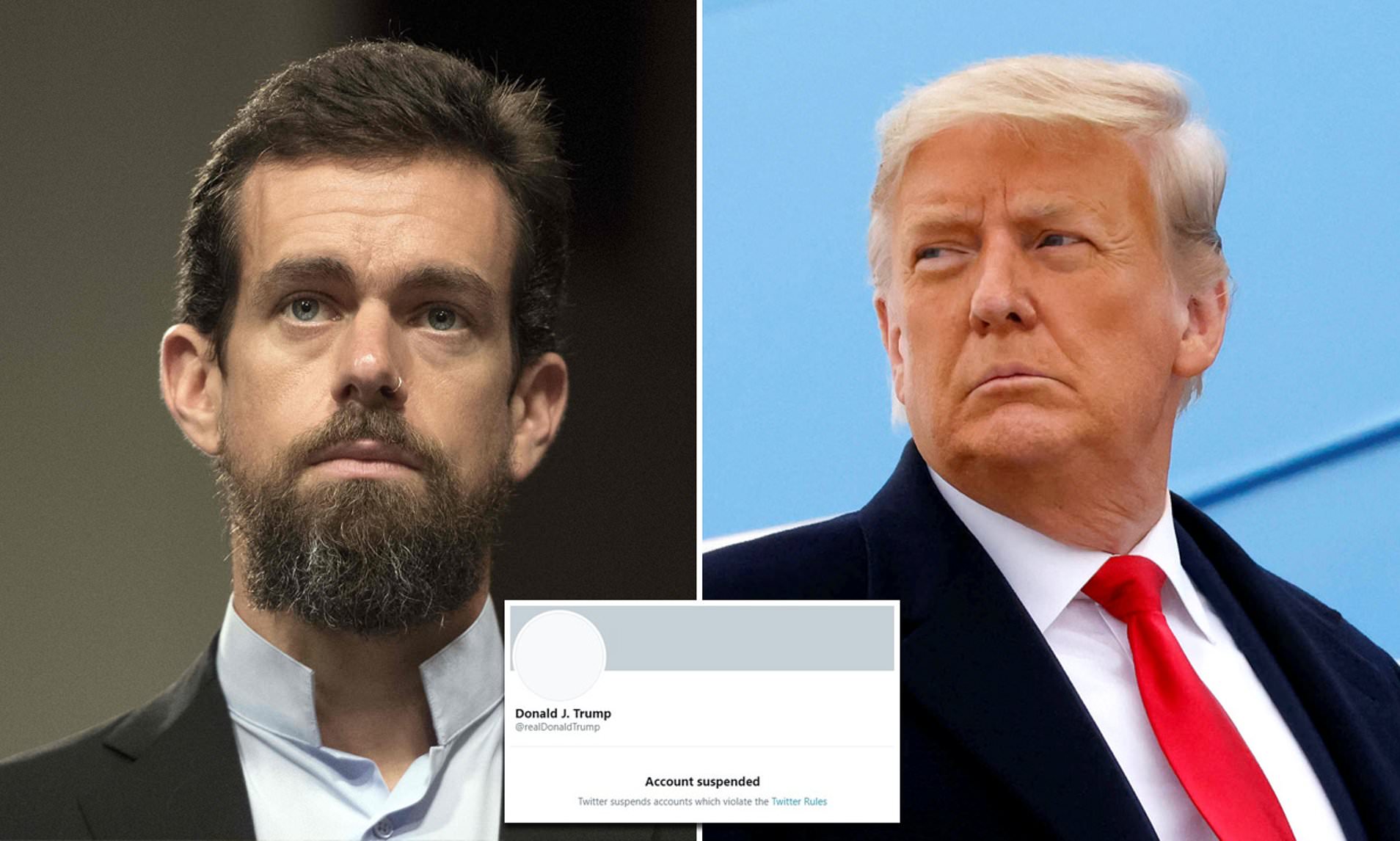 Following the mixed reactions that trailed President Donald Trump’s recent ban from Twitter, the company’s CEO, Jack Dorsey, has said users who do not agree with the platform’s decision were free to leave to other social media services.

Jack, in a series of tweets on Thursday, said anyone aversed to Twitter’s policy against promotion of violence and harassment of other people, amongst others, could quietly exit the app.

The Twitter CEO said this after his company’s ban of the American president sparked contrasting views on the platform.

The social media giant had permanently suspended Trump’s account with over 88 million followers over his refusal to stop “further incitement of violence” through his utterances after he lost the November 3rd U.S. presidential election to President-elect, Joe Biden.

Jack said “after a clear warning” asking Trump to stop inciting his supporters into violence, the U.S. president remained adamant.

The attack on the U.S. capitol building by pro-Trump protesters was believed to have stemmed from the U.S. president’s continued claim that his alleged election victory was “stolen” and given to Biden.

On Trump’s ban, Jack said: “I believe this was the right decision for Twitter. We faced an extraordinary and untenable circumstance, forcing us to focus all of our actions on public safety. Offline harm as a result of online speech is demonstrably real, and what drives our policy and enforcement above all.

“That said, having to ban an account has real and significant ramifications. While there are clear and obvious exceptions, I feel a ban is a failure of ours ultimately to promote healthy conversation. And a time for us to reflect on our operations and the environment around us.

“Having to take these actions fragment the public conversation. They divide us. They limit the potential for clarification, redemption, and learning. And sets a precedent I feel is dangerous: the power an individual

“The check and accountability on this power has always been the fact that a service like Twitter is one small part of the larger public conversation happening across the internet. If folks do not agree with our rules and enforcement, they can simply go to another internet service.”

The Twitter CEO also spoke on the decisions by Google’s Android, Amazon and Apple to take down Parler, a microblogging app offering a similar service to Twitter, for not doing enough to stop violent content on its platform.

“This concept was challenged last week when a number of foundational internet tool providers also decided not to host what they found dangerous. I do not believe this was coordinated. More likely: companies came to their own conclusions or were emboldened by the actions of others.

“This moment in time might call for this dynamic, but over the long term it will be destructive to the noble purpose and ideals of the open internet. A company making a business decision to moderate itself is different from a government removing access, yet can feel much the same.

“Yes, we all need to look critically at inconsistencies of our policy and enforcement. Yes, we need to look at how our service might incentivize distraction and harm. Yes, we need more transparency in our moderation operations. All this can’t erode a free and open global internet,” said Jack.