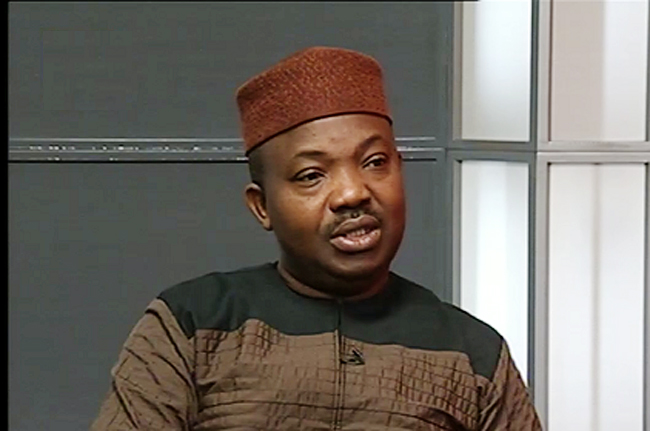 The pan-Yoruba group, Afenifere has warned the federal government that it can’t crush the renewed #endsars protest at the Lekki Toll gate, with force.

The National Publicity Secretary of the group, Yinka Odumakin told THEWHISTLER that government should wear its thinking cap and avoid repeating past mistakes.

“By now the government ought to have learnt that you can’t crush protests using force. They should look into the grievances of the protesters and resolve them instead of trying to crush the protest using force,” he said.

Odumakin also warned government to be careful in handling the protests in the interest of national security.

This is even as the group took a swipe at President Muhammadu Buhari’s request on the National Assembly to confirm his nomination of the immediate past Service Chiefs as non-career Ambassadors.

While calling on the legislators to reject their confirmation, Afenifere regretted that after an abysmal failure as Service Chiefs, the executive would consider them for additional role.

“They didn’t do well as Service Chiefs. What’s the point giving them another national responsibility,” he insisted.

He was however silent on calls for their prosecution.

Similarly, the pan-Yoruba cultural group gave a nod to the renewed call for an Adada State from present Enugu State.

The group through its spokesman urged the federal government to implement the report of the 2014 National Conference on the matter.

He said that the conference was clear on the need for state creation in some parts of the country in order to ensure fairness and equity.

“At the 2014 national conference we agreed on the need for the creation of more states in the south to give a degree of balance across the country.

Precisely, we agreed that Adada State should be created while the rest of the country be equally compensated accordingly. Everything we agreed on at the conference is there in the report.

The government should revisit it and implement the report,” he added.

Recently, Senator Chukwuka Utazi led a delegation of South East leaders to lobby the leadership of the National Assembly on the creation of Adada State.

In his remarks, the President of the Senate, Ahmad Lawan, said “you are in order. You are at the right place. This is the people’s Assembly, saddled with the responsibility and mandate of receiving and listening to Nigerians who desire one form of legislative intervention or the other to ensure that Nigeria is stable, peaceful, that people live in harmony and trust.

“It is a constitutional and legitimate agitation. Nigerians should take the opportunity of the Constitutional review process that the ninth Senate and indeed the National Assembly have embarked upon.

“This is about the creation of Adada State. But there are so many other opportunities to better the lot of our people through constitution amendment,” the statement reads.

Lawan assured the group: “We are going to be supportive of your cause.”

Chief Abba and Chief Nwodo sought the support of the Senate President and the National Assembly on their demand for the creation of Adada State.

“Today, we want to tell you that, not only is Adada sustainable, Adada has all it takes to be a state. We have the manpower. We have the resources,” Chief Abba said