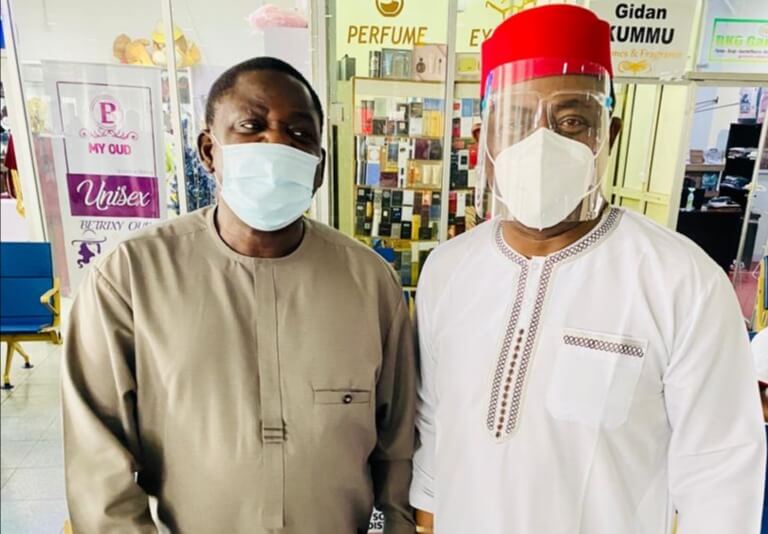 Fani-Kayode, a strong critic of President Buhari, had recently come under fire after photos of his meeting with the caretaker chairman of the ruling All Progressives Congress (APC), Governor Mai Mala Buni of Yobe State, and Governor Yahaya Bello of Kogi State, surfaced online.

The former minister shared photos of himself and Adesina on his Twitter page on Saturday, saying he bumped into the presidential aide at the Nnamdi Azikiwe International Airport, Abuja.

He captioned the photos: “Was delighted to have bumped into my old friend and brother Pastor Femi Adesina, Special Advisor to President Buhari on Media & Publicity at Abuja airport this morning!” adding that, “Oh dear! Now I am really in trouble! It was a pleasure to see Femi again after a number of years!”

Some of his followers who reacted to the photos criticised him heavily, with one saying “Same Femi Adesina you disparaged and spewed venom on? Please sir, at least pretend to have some dignity, even if you have none.”

Earlier reports had suggested that the former minister met with Buni and Bello to discuss the terms of his defection to the APC.

Governor Bello had days after the meeting told journalists in Kogi that Fani-Kayode personally requested to join the APC: “Our brother and friend, Chief Femi Fani-Kayode, has joined our party in good faith. He is joining our party to come and add his own positive energy and make contribution into ensuring that APC is a party to beat,” said Bello.

But reacting to criticisms against him after Governor Bello made the statement, Fani-Kayode posted on Facebook: “Though we have had meetings across party lines and we are in a season of political consultation I have not left the PDP.”