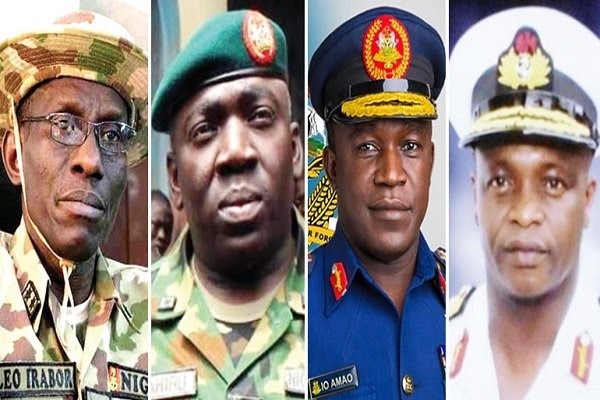 Chairman, Senate Committee on Army, Senator Ali Ndume has said that Senate Joint Committee on Defence, Army, Navy and Air Force may start the screening of the newly nominated Service Chiefs next week.

Ndume disclosed this while answering questions from our Reporter in Abuja.

Senate President, Ahmad Lawan, on Wednesday, referred the request of President Muhammadu Buhari seeking the confirmation of the new service chiefs for appointment to the Senate Joint Committees on Defence, Army, Navy and Air Force for further legislative work.

Lawan, gave the committees, two weeks to carry out their assignments and report back to plenary.

While responding to a question, Ndume said, “It is not advisable to screen service chiefs in the open.

“If you do, it means you will be compromising the security of the country especially if there are issues that borders on national security.”

He said the Service Chiefs would be screened this week since the joint committee was given only two weeks to submit its report.

“We have been given two weeks so it will definitely be done next week and we shall keep you informed,” Ndume said.