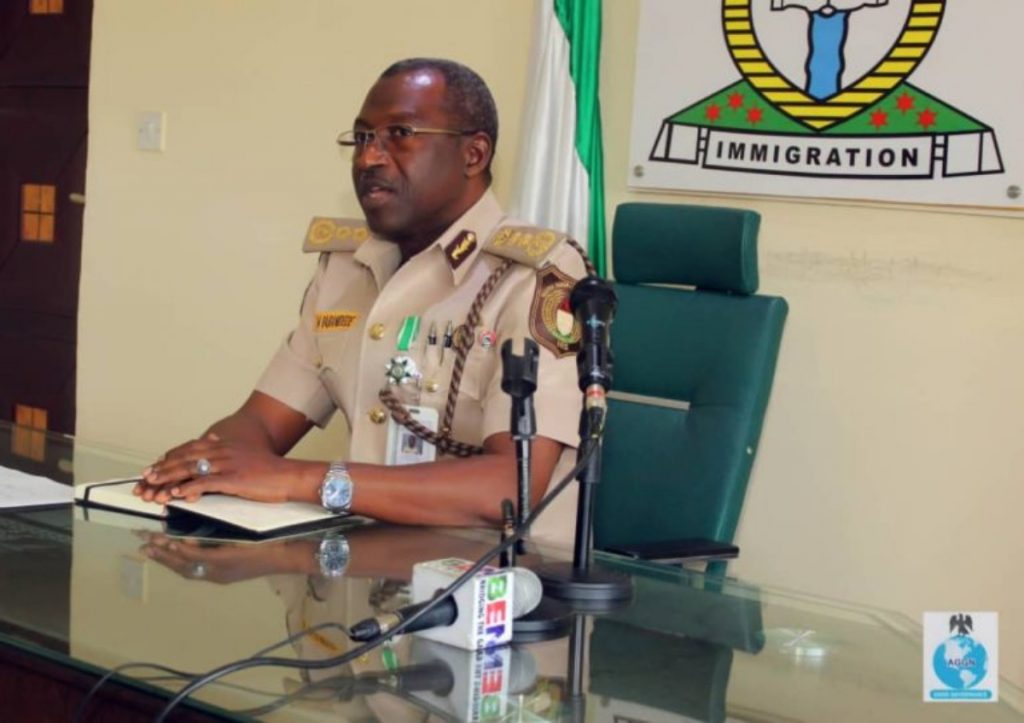 The Comptroller-General of the Nigeria Immigration Service, Muhammad Babandede, has been quoted saying that there were no armed herdsmen in Nigeria.

The PUNCH reports that the NIS boss stated this through the service’s spokesman, Sunday James, during an interview with its correspondents in Abuja on Sunday, February 14

Babandede claimed the country’s border had been under control since the introduction of the Migration Information and Data Analysis Systems.

When asked about NIS’s line of action over claims of alleged killing and kidnapping of citizens by herdsmen in various states of the country, James, speaking on behalf of the NIS boss stated that he (Babandede) had just returned from an official tour of Adamawa State and that “no armed herdsman was seen during the over 57km drive near the borders.”

Southwest governor including Rotimi Akeredolu of Ondo State, had alleged Fulani herdsmen were involved in killings and kidnappings in the regions.

However, when asked what the service was doing to deal with the disturbing situation since the herders are said to be illegal immigrant, Babandede said “No single person was seen with arms contrary to what is published in the newspapers. No single individual can tell you where he has seen a herdsman with a rifle.”

Reacting to questions with respect to the attacks on farmers in Ibarapa, Oyo State by suspected armed herdsmen, James said, “Ibadan (Ibarapa) is a different issue; I’m not in Ibadan, I’m in Abuja.”

Again the NIS spokesman when ‘educated’ that farmers in many parts of states including Ogun, Niger and Edo had stopped their farm work as a result of incessant attacks by the armed herdsmen, James said: “You are mentioning locations that there are no proofs. Do you have any location where somebody gives you proof of an armed herdsman?

He added, “I am telling you there are no armed herdsmen in Nigeria. Since the introduction of the MIDAS (Migration Information and Data Analysis System) and Operation Swift Response in conjunction with the military and Customs, there has been airtight security at the borders.

“Nigeria Immigration Service is not sleeping. We have not seen any single foreign herdsman carrying arms; those we see are local herdsmen who don’t carry arms.”