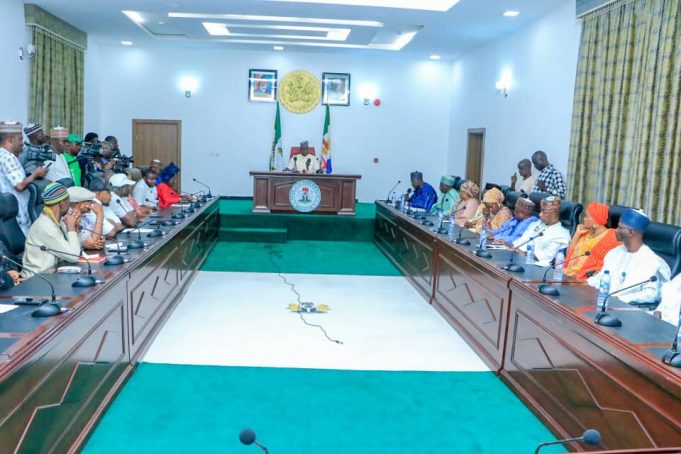 The Northern States Governors Forum (NSGF), on Monday, asked people in the North not to take revenge on Southerners living in any part of the North, saying such action will not solve the current problem the country is facing.

The forum said no provocation should make anyone attack people in the region, assuring that it was doing everything possible to address the problem that happened to Northerners in Oyo State.

Governor Simon Bako Lalong of Plateau State who is the chairman of the forum, made the appeal during a meeting between the Northern Elders Forum (NEF) and NSGF at the Plateau State Governor’s Lodge in Abuja.

The forum was reacting to the recent crisis between Yoruba and Hausa traders in Sasha Market, Ibadan, the Oyo State capital.

Gov Lalong said, “This meeting becomes necessary and has become part of our engagement since the issue of threat on quit notice began from different groups in the country. We engage leaders from the North to find solutions and calm down the current tension following the crisis that erupted in Oyo State.

“There is no gain in taking revenge on Southerners living in the North. We have sent a delegation to Oyo to ascertain the situation and the truth about what happened. By God’s grace we will get to the bottom of the problem. The country belongs to all of us. We don’t want people to tell others to leave the region. This is totally unacceptable.

“We just came back from Kaduna after meeting with stakeholders from the North West and security agencies. So, our discussion with Northern Elders Forum this evening is fruitful. We had agreement on how to find out ways to calm down the North and assure our Northern brothers that measures are being taken. We also talked about what the states and federal government should do regarding the problem.”

In his remarks, NEF’s spokesman, Hakeem Baba Ahmed, while asking the people from the North to exercise restraint, called on the leaders from the Southern part of the country, especially the governors, to give fair treatment to Northerners residing in the South.

Ahmed said, “We came here to lay down the complaints for the Northerners and seek for support, and we got assurance that they are on top of the situation. The Northern elders have been consistent that people from the North should not take the law into their hands.”