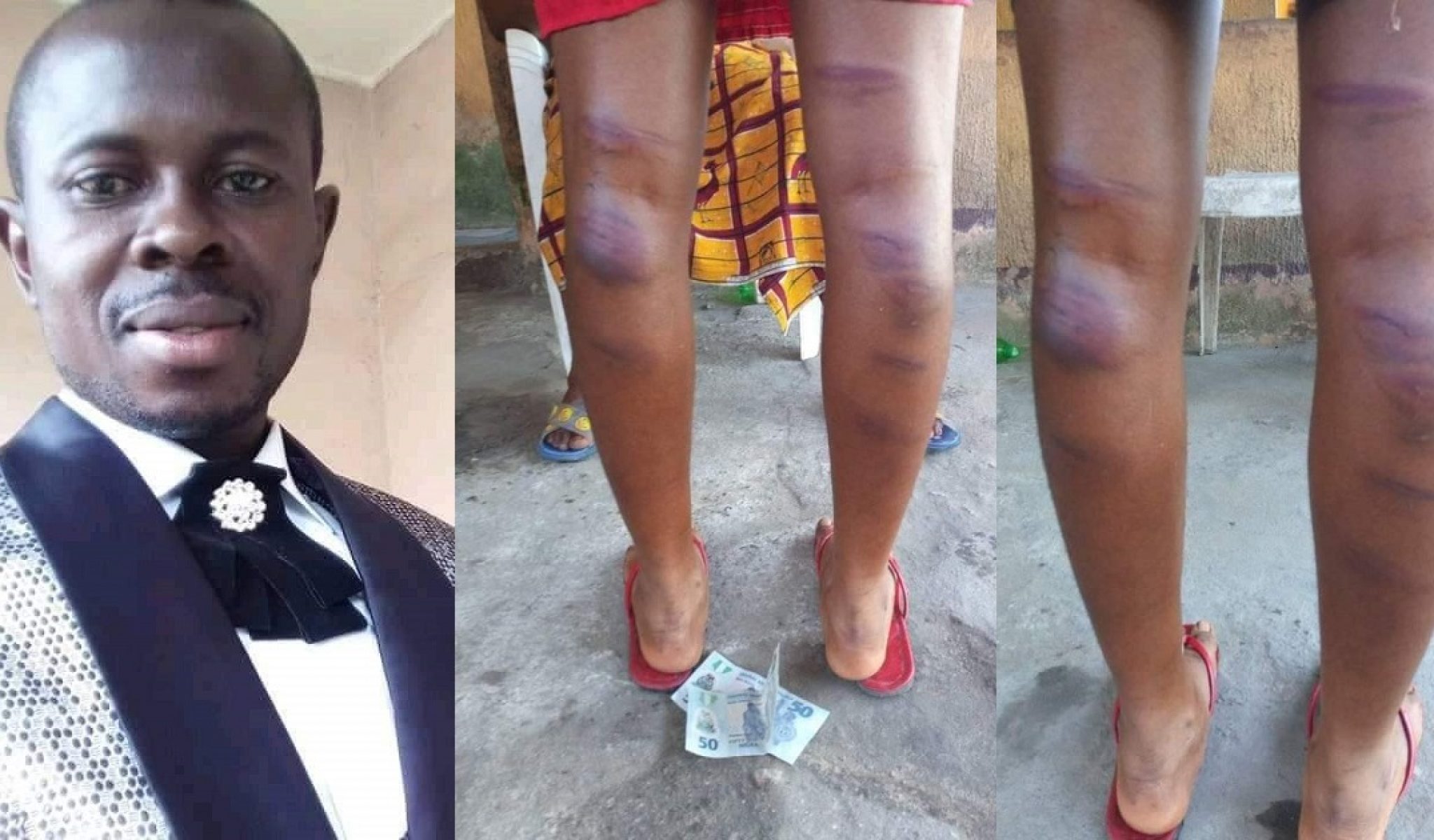 A yet-to-be identified teacher has been accused of brutalizing a student over failure to submit Agricultural science assignment.

This sad incident was made known by a Twitter user @empresswodi who uploaded pictures of the brutalized student and teacher on his official Twitter handle.

According to the Twitter user, the alleged incident occurred in Emohua area of Rivers state

Somewhere in Emohua, Rivers State… Because a student fails to submit Agricultural Science assignment. Teacher inflict injury on her all in the name of discipline.

Her parent should be reporting the matter to the school authority by tomorrow.