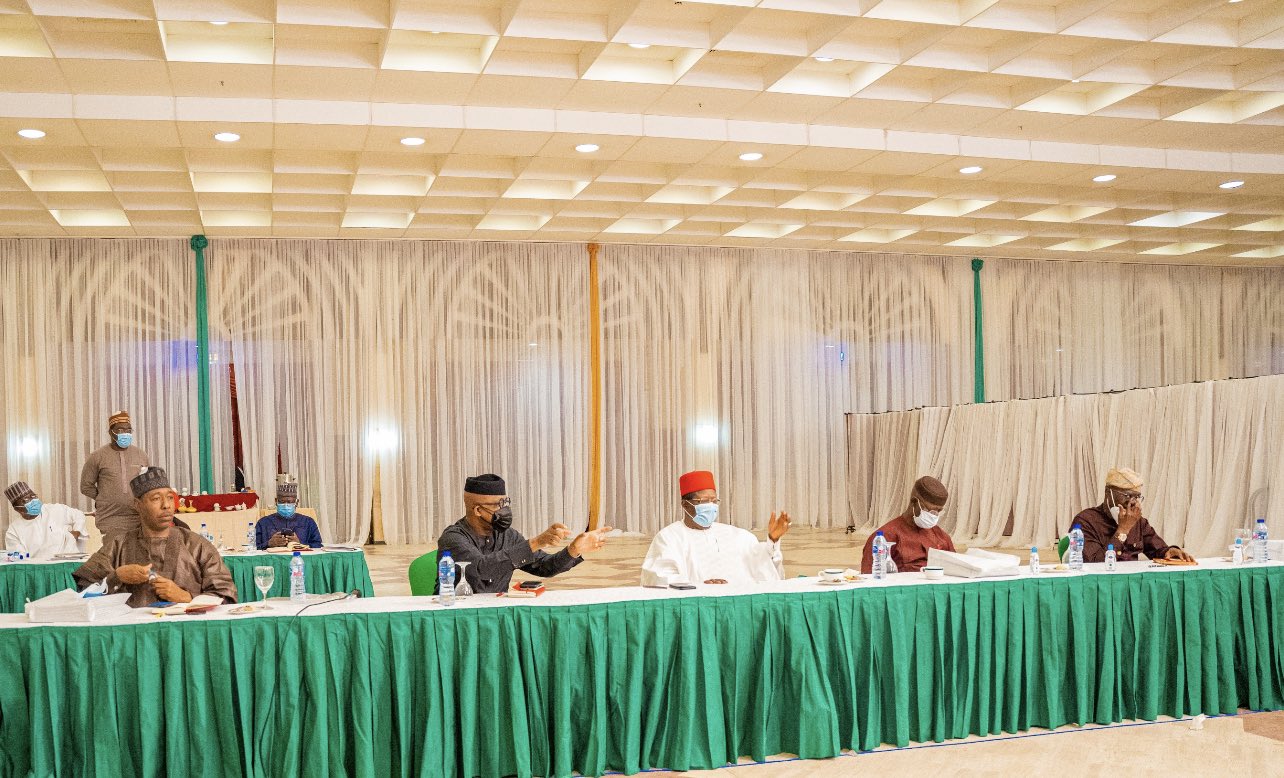 The 36 governors, under the aegis of the Nigeria Governors’ Forum (NGF), and former Head of State, Gen. Abdulsalami Abubakar, have warned that Nigeria may be heading towards another civil war, if the constant ethnic clashes across the country are not stopped forthwith.

While the governors spoke after their emergency in Abuja, Abubakar spoke on Arise TV’s “Morning Show”.

The governors called for a comprehensive review of security challenges across the country to restore peace in the land.

Rising from their meeting, which ended around 12.30 a.m on Thursday, the governors, through their Chairman and Ekiti State Governor Kayode Fayemi, said: “Governors are irrevocably committed to the protection of lives and property in our states. We are full of sympathy for those who have lost lives and properties. The Governors’ Forum has gone ahead to provide some financial support to victims of the conflicts experienced in Oyo and Ogun states where our delegation visited over the last week.

Read Also: Nigeria’s ethnic tensions: Words are not enough
“Nigerian governors also are very clear that crime and criminality should be comprehensively prosecuted wherever they may occur without ethnic, religious or any other colouration.

“We do not believe that crimes are associated with a particular ethnic group. And to that extent, we unreservedly condemn any attempt to profile any ethnic group on account of a particular crime.

“Governors are also totally opposed to the proliferation of fake news, and the abuse of social media. Many of us have seen those fake videos that have almost led to reprisals in other parts of the country and we want to explore both our mainstream media organisations as well as individuals to apply restraint in the way and manner issues relating to security of lives and property is reported…”

The governor examined some others issues that affect the country.

Abubakar, who is currently the Chairman of National Peace Committee, described as unfortunate the heightened insecurity across the country.

He said there is need for government at all levels to resume sensitisation of their people on peaceful coexistence.

“Government should try to see how to stop proliferation of small arms. It is unfortunate governors have found themselves in difficult situations. It is their responsibility to govern, regardless of who is living in their states. It is sad that ethnic profiling is happening.

“You can see the herders are being chased in some parts of the southern states and cattle being killed. Certainly, this heightened tension in the country. You can see some people migrating from one part of the country to their states of origin where they feel safer. God forbid!”

“This is taking us back to the 1960s where we had problem and it resulted into the civil war. People who are old enough know what happened. That is why the Peace Committee and myself are calling for caution so that we do not go back to that road.”