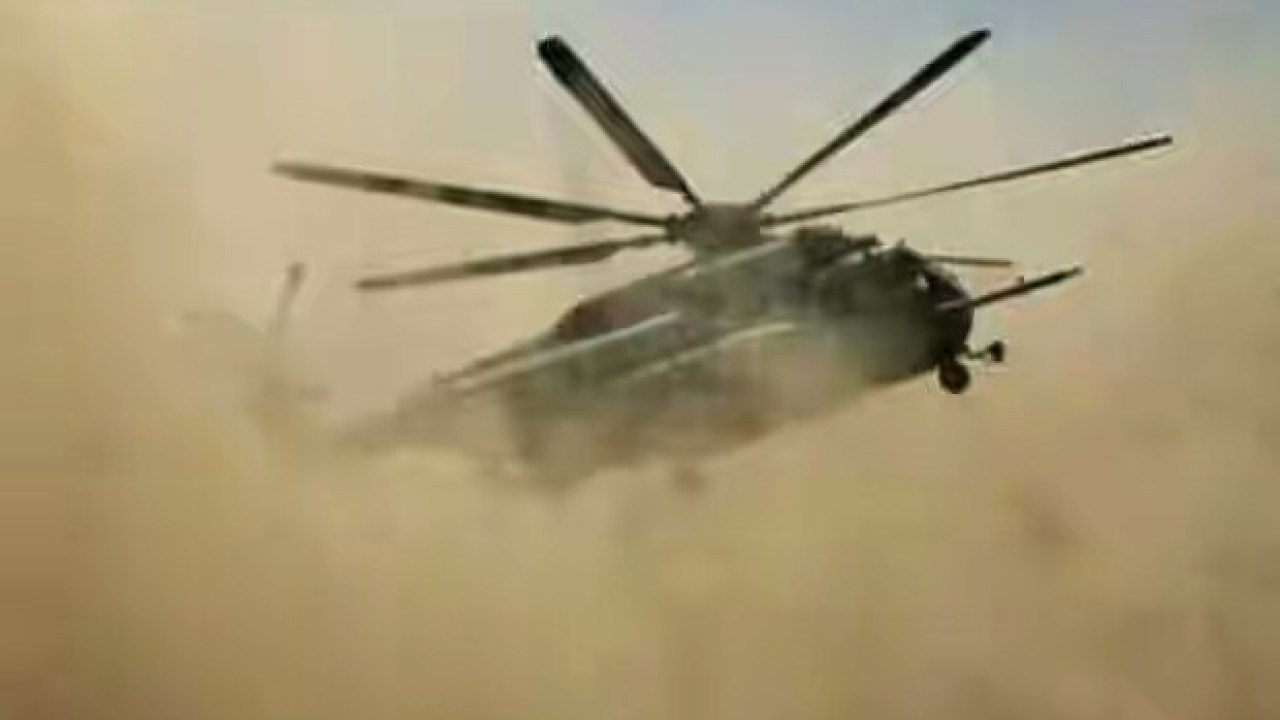 There was panic in Orlu, Njaba and Orsu Local Government Areas of Imo State on Thursday, following a combined military and police operation in search of Eastern Security Network (ESN) camps and members.

ESN is a security arm of the separatist group, the Indigenous People of Biafra (IPOB).

But, residents were alarmed yesterday when the military stepped up their operations with helicopters hovering over the areas.

Spokesperson of the Army’s 34 Artillery Brigade, Obinze in Owerri, Babatunde Zubairu, confirmed the deployment of aircraft and other military gadgets.

He said the operation was an offshoot of military intelligence, adding that locals were not being harassed.

But the traditional ruler of Orlu – a neighbouring council area where the military and ESN officials clashed on January 25 – Eze Emmanuel Okeke, told The Nation that he was not aware of any fresh security operation in his domain.

An indigene of Umunam Atta Community in Njaba council area, Andrew Ibe, corroborated the military’s humane treatment of people in his community.

Ibe said: “The truth of the matter is that the soldiers are not beating anyone. But our concern here is that there may be shooting any moment since their helicopter is hovering over our houses.

“Again, they arrested one of our respected indigenes who is a priest in the Sabbath Church here. Since Saturday, when he was arrested, nobody has told us why that is so”.

An Indigene of Uda Orsuihiteukwa in Orsu told The Nation that although no one was shot by the military, the operation was causing panic.

He said: “Situation now calm in Udah, Orsuihiteukwa. Military helicopters left my area a while ago after the surveillance mission. All security Hilux vans have left Udah community for their respective bases.

“Civilians were not in any way harassed in the exercise. No casualties. The invasion may have been warranted by intelligence reports.

“The leaders and office bearers from Orlu zone should address this security instability in our zone now. This is not healthy for the progress and advancement of the biggest Senatorial Zone in Nigeria.”

Reacting to claims that the military arrived in “truckloads” and that passers-by were being drilled, the Vice President of the apex Igbo socio-cultural organisation, Ohanaeze Ndigbo, Chief Damian Okeke -Ogene, told The Nation that the body could only react after investigating the reports.

Okeke-Ogene said, “We (Ohanaeze) are an organised body representing Ndigbo and we don’t act on hearsay.

“There is a governor in that state and until we hear from him, Ohanaeze does not react without proper investigation. If it happens to be false, how do you think our people in the Diaspora who we are representing would take us?”

The Nation further gathered that no fewer than nine pastors and 24 elders from various churches are in detention at the state police command following their arrest in related military operations that started in January.

While peace seemed to have been restored in early February, the military in conjunction with the Intelligence Response Team of the police, stormed the areas again last weekend, arresting the presiding priest of Our Lord’s Sabbath in Umunam Atta Community, Njaba LGA, Rev. Chigozie Nwaka, as well as several other clerics and church elders in Ubokoro Atta, Okporo, Okwudor.

It was gathered that before the latest raid, soldiers stormed some churches, including House of Prayer International Covenant Church Okporo Orlu, arresting over 20 members of the church, including clerics.

However, the spokesman of the state police command, Orlando Ikeokwu, told The Nation on phone that he was not aware of the arrest and detention of any church member in connection with the Orlu crisis.

Also reacting to the incident, the Movement for the Actualisation of the Sovereign State of Biafra (MASSOB) condemned the operation.

MASSOB leader, Uchenna Madu, in a statement, described the operation as a “genocidal onslaught against the people of Biafra” adding that the “international community and people-oriented human rights organisations” should intervene.”

Also reacting, Coalition of South East Youth Leaders, COSEYL, condemned what is claimed was “indiscriminate shooting by soldiers in Orlu and Orsu under whatever guise.”

It called on the military to “immediately relocate its operation to Borno State and other northern states ravaged by Boko Haram terrorists and insurgent.”