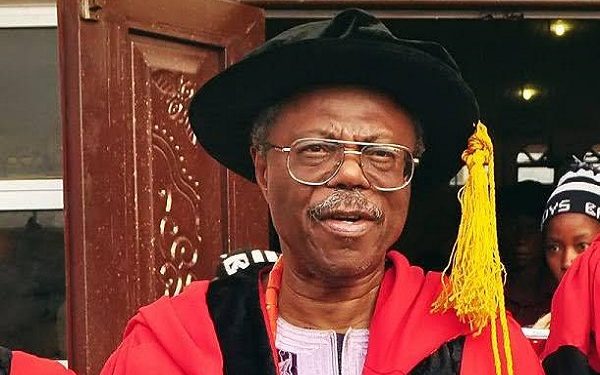 The 68-year-old don becomes the first academic awardee of the D.Litt. in the Humanities.

His latest D. Litt. Academic was earned through rigorous internal and external examinations of his works.

The D. Litt. Academic is different from the D. Litt. Honorary. Falola is a recipient of thirteen D. Litt honorary degrees, with the most recent in 2019 from Babcock University, Nigeria.

Falola in a statement made available to The Nation on the academic feat recorded, said “It has been over 40 years since I was a student. But learning never ends. The commitment to acquire more knowledge makes me restless. I can’t help it.

“This is why I enrolled for it. It was not difficult because, as a writer of many books, I get reviewed all the time. It felt normal, and it was over before I knew it. Having had over a dozen honorary degrees in the same humanities, I guess you could say that those who conferred these honors on me were indirectly passing a message to me that I still have a field they want me to explore.”

The Texas-based professor said, “It thrills me every time I receive an honorary doctorate because it means that my work is being recognized. It is also exciting to work for one. So, it is more about the knowledge than any pecuniary gains to come from it.

“My people call me the restless one because that is who I am. And to them, to every school that deemed me worthy of the honorary title, to my ever-supportive wife and children, family, and close associates, I say a big thank you. They have helped me come this far. You know that maxim about if you want to go fast, go alone, and if you want to go far, go with people? I opted for the latter, and my journey with these people has been more than awesome. They all have been supportive, effortlessly.”

Falola born in 1953, is the most published African scholar, dead or alive. He had his first degree (1976) and his Ph.D. (1981) in History from the University of Ife (now Obafemi Awolowo University).

The Don anchors the popular Toyin Falola Interviews where the crème-de-la-crème in the society, from the academics to politics and business, are interviewed on the state of post-colonial Africa.