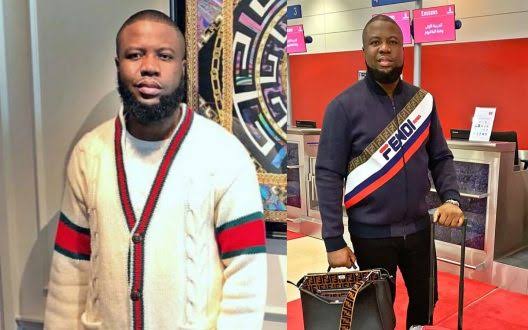 According to the United State of America’s Department of Justice, Hushpuppi laundered money for North Korean hackers.

Some fresh details have been revealed about the case against Instagram influencer, Ramon Abbas, fondly referred to as Hushpuppi.

According to the United State of America’s Department of Justice, Hushpuppi laundered money for North Korean hackers.

The revelation was known when federal prosecutors in Los Angeles unsealed a case against one Ghaleb Alaumary, 37, of Mississauga, Ontario, Canada for his role as a money launderer for the North Korean conspiracy, among other criminal schemes.

Alaumary agreed to plead guilty to conspiracy to engage in money laundering, a charge contained in a criminal information filed in the United States District Court in Los Angeles on November 17, 2020.

Alaumary is also being prosecuted for his involvement in a separate BEC scheme by the United States Attorney’s Office for the Southern District of Georgia.

During Alaumary’s confession, he fingered Hushpuppi as one of his co-conspirators.

The document read in part, ” With respect to the North Korean co-conspirators’ activities, Alaumary organized crews of co-conspirators in the United States and Canada to launder millions of dollars obtained through ATM cash-out operations, including from BankIslami and a bank in India in 2018.

“Alaumary also conspired with Ramon Olorunwa Abbas, aka ‘Ray Hushpuppi’, and others to launder funds from a North Korean-perpetrated cyber-enabled heist from a Maltese bank in February 2019.

READ  I’m A Nigerian By Birth, Atiku Reveals Where His Parents Hail From

“Last summer, the US Attorney’s Office in Los Angeles charged Abbas in a separate case, alleging that he conspired to launder hundreds of millions of dollars from BEC frauds and other scams.”