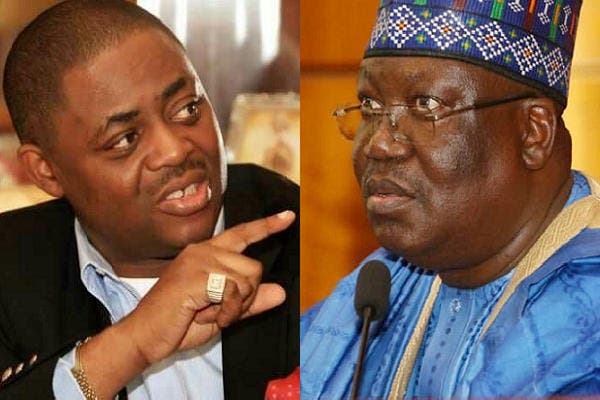 Femi Fani-Kayode, a former Minister of Aviation has criticised Senate President, Ahmed Lawan over a statement credited to him that the Southwest governors were responsible for the recent killings in Shasha area of Ibadan, the Oyo State capital.

Criticising the Senate President over his statement on Shasha market incident, Fani-Kayode stated that the proactive steps taken by the Southwest governors, particularly Oyo State Governor Seyi Makinde, helped to prevent the crisis from worsening.

The former aviation minister said he was in Ibadan when the Shasha killings started and he toured all the affected area.

“Let me assure you that many people were killed on both sides of the ethnic divide and had it not been for the efforts of the Governor of Oyo State and the tacit support and encouragement he got from the other Southwest governors in terms of appealing to the people of Ibadan to show restraint, what happened in Oyo would have been a hundred times worse and far many more northerners would have been killed.

“The level of hate and resentment against Fulani herdsmen in the Southwest is frightful and unprecedented today and the governors are having a hard time trying to calm people down and reign them is even though. They may not want to admit it publicly.

“The decisive actions of the Southwest governors over the last few months saved lives and their words and utterances reflected the will of the people.

“If for example, Governor Akeredolu had not banned herdsmen from the forests of Ondo State, after some time the local population would have gone there themselves to throw them out violently.

“The truth is that all the Southwest states are sitting on a keg of gunpowder over this herdsmen issue and the local population are mobilising against them in a very frightening way.

“Northern leaders should thank the Southwest governors for keeping a lid on the whole thing and restraining our people rather than blame them for trying to keep the peace in the face of the most extreme provocation from the terrorists.

“Quite apart from that I need to ask this question. Why does the Senate President not complain about the violence that northerners are inflicting on Middle Belters and Southerners in the North itself?

“Again why does he not complain about the barbaric attacks and killing of our people in the Southwest and other parts of the South and Middle Belt by killer Fulani herdsmen who are carrying arms, raping our women, occupying our land and terrorising our people?

“How come he does not complain about that? Is Northern blood more precious than Southern blood?

“It appears that he is only concerned about retaliatory attacks by the local Yoruba population who have been brutalised and traumatised by the terrorists.

“He has not complained about what those terrorists are doing to our people and he has exhibited no empathy with the victims simply because they are Southerners.

“The only way the resentment against northerners will vanish in that zone is when the killer herdsmen and terrorists stop the killings.

“Outside of that. all the self-serving and sanctimonious admonitions and lectures in the world from Northern leaders, who are clearly partial in this matter, to our leaders in the Southwest will change nothing.”