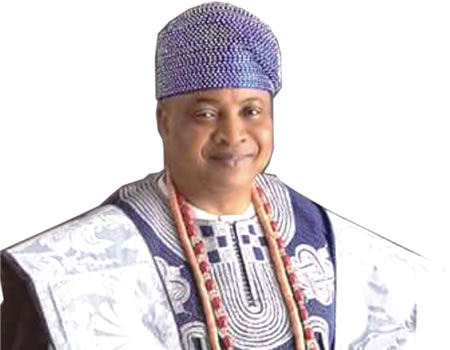 Traditional rulers in Remo Division of Ogun State on Sunday vowed to support Southwest Agenda in 2023.

The royal fathers also vowed to support Asiwaju Bola Tinubu’s bid for a higher service to the motherland, if he seeks their backing.

Speaking at the occasion, the Akarigbo and paramount ruler of Remo land, Oba Babatunde Ajayi, called for unity in Yoruba land, saying there is strength in unity and cohesion.

The monarch spoke during the visit of members of the Southwest Agenda for Senator Bola Tinubu (SWAGA) at his palace.

He described the 2023 presidential ambition of Asiwaju Tinubu as a cause for stakeholders in Southwest, urging them to gird their loins.

Oba Ajayi said: “As far as Remo land is concerned, Asiwaju Tinubu’s cause is our cause. His agenda is our agenda. It is a matter of must. We will support Asiwaju Bola Ahmed Tinubu towards realising his ambition.”

They prayed that the former Lagos State governor’s dream for Nigeria will become a reality.

He explained the mode of operation of the group, describing it as a strictly voluntary and self-financing body, with the objective of convincing

Tinubu to contesting for president in 2023.

Adeyeye, a prince of Ise-Ekiti, said: “We decided to start early so as to show our seriousness because it is the turn of Southwest and he (Tinubu) is the most qualified person for the position.”

Adeyeye said the SWAGA project had been launched in Oyo and Osun states, recalling that members of the group visited traditional rulers in the two states.

He explained that the Ogun State chapter of the group will be launched on Tuesday, adding that the visit to the monarchs was a prelude to the event.

The delegation also paid a courtesy call on the former governor of Ogun State, Otunba Gbenga Daniel, at his Asoludero Court residence.

Daniel charged the group to work assiduously and ensure a real swagger is injected into every aspect of their strategy and activities towards the realisation of the objective.