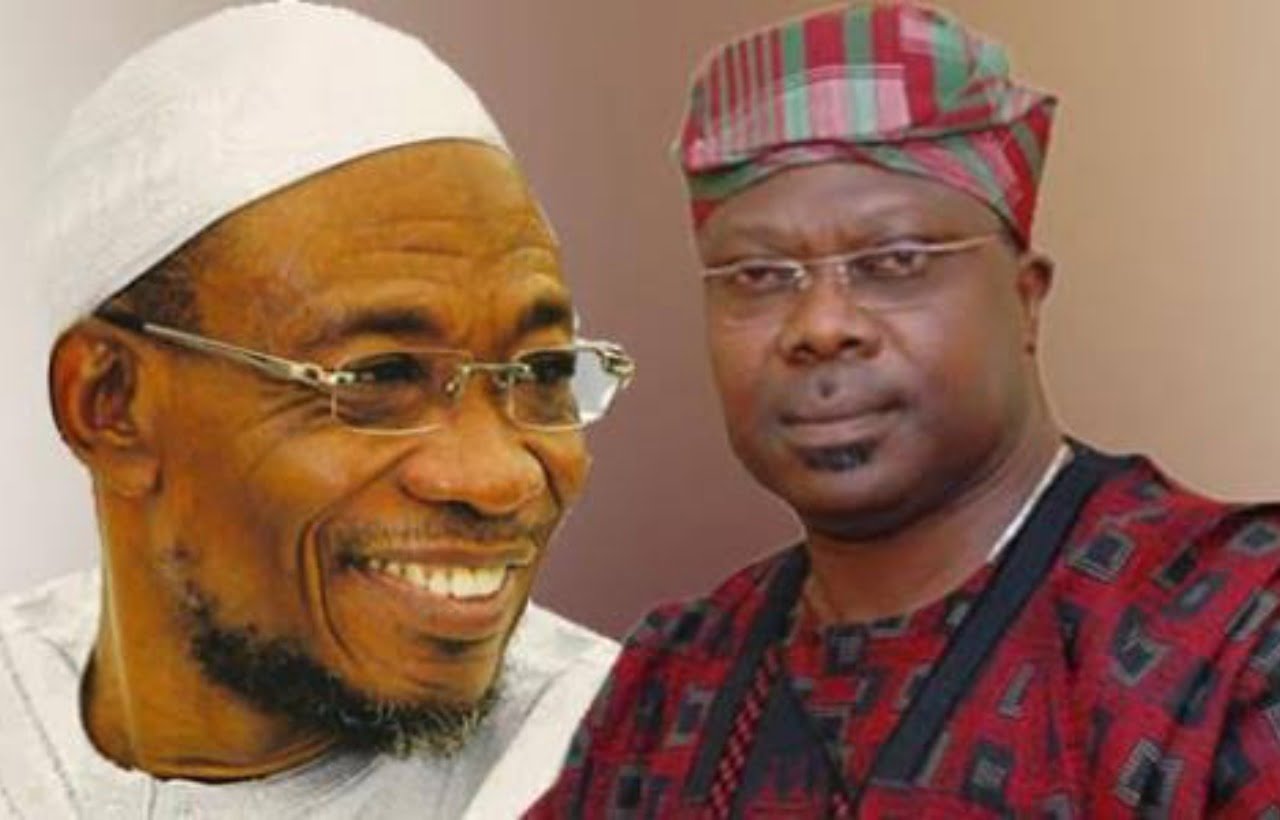 A former Osun State House of Assembly, Minority Leader, Akinwale Akinwole, has urged the Minister of Interior, Rauf Aregbesola, to drop his jealousy and accept Senator Iyiola Omisore as a member of the All Progressives Congress (APC).

Addressing supporters while revalidating his APC membership at his Ifofin Ward, Ilesa, last Friday, Aregbesola said killers and miscreants have joined the ruling All Progressives Congress.

“Earlier today, I and members of my family revalidated our membership of the All Progressives Congress, APC at Ifofin, Ward 8, Ilesa East Local Government Area, State of Osun. I thank our leaders, members of our party and people of the community who came out en masse to receive me,” he posted on his verified Facebook page.

“This registration affords us the opportunity to deepen internal democracy in the party. Our members now have a say in whoever becomes the flagbearer either at the party level or for government elective positions.”

“Though the constitution allows everyone to register as a member of any political party, even if they are suspects, murderers, character assassins, etc., but those who constitute the majority of the party membership must represent the core values of the party. What distinguishes us are the values we hold. We value social democracy to a large extent, (and) liberal democracy and progressivism.”

He further stated that he and his supporters would remain in the party but would not related with people with bad character.

Reacting to the Facebook video, Akinwale, who left Peoples Democratic Party while serving as a member of the State House of Assembly, in 2015, to join the APC, before the 2018 governorship election, said, “Aregbesola should stop feeling threatened because Omisore has come and will expose all Aregbesola’s spoiler game against the re-election of Governor Oyetola.

READ  I stand best chance to become President after Buhari in 2023 – Gov. Okorocha

“The ex-governor should wake up from his slumber and accept the reality that Iyiola Omisore has come to stay in the APC because he is a founding father of the progressive party in the state.

“He should stop being jealous of Omisore because he’s a politician to compete with in Osun.”