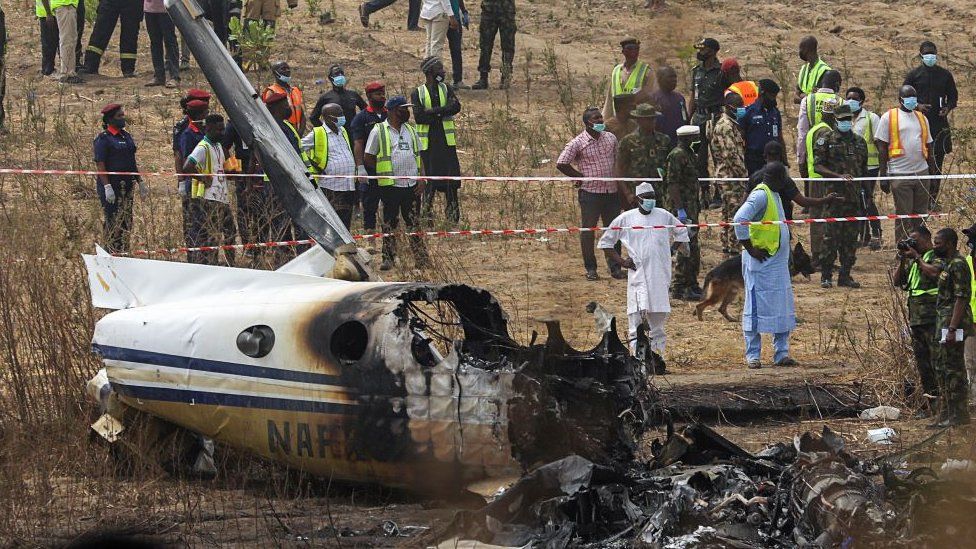 A NAF aircraft, Beechcraft KingAir BB305i, crashed on Sunday afternoon, as a result of engine failure.

It has been revealed that the seven personnel of the Nigerian Air Force (NAF), who died in last Sunday’s plane crash in Abuja will soon be buried.

They will be buried Thursday, at the National Cemetery in Abuja.

A NAF aircraft, Beechcraft KingAir BB305i, crashed on Sunday afternoon, as a result of engine failure.

The Nation gathered that further investigations into the remote and immediate causes of the crash has commenced.

Prominent Nigerians including President Muhamamadu Buhari, Minister of Defence, Magashi Salihi, have all condoled the NAF family, describing the death of the seven personnel as a national tragedy.

READ  #EndSARS Protests: The Emerging Crusaders; Why President Buhari And Others Should Be Afraid?
Share this Post[?]