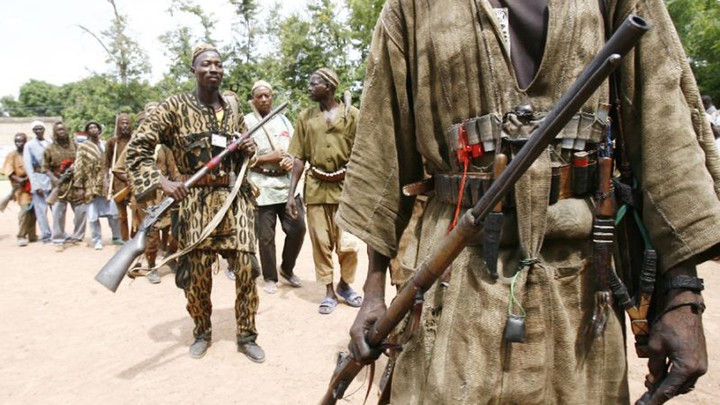 Luck ran out of a suspected kidnapping syndicate yesterday at Akunu-Akoko, in Akoko North-East Local Government Area of Ondo State, as a local vigilante and hunters’ group killed one of the bandits terrorising the area.

The group also rescued seven victims abducted by the unknown gunmen in the forest who was snatched on Saturday while travelling to the northern part of the country.

According to sources, the gunmen stopped the victims’ vehicle at a boundary community between Ondo and Edo states. They said people in the area noticed the empty vehicle and suspected the occupants of the vehicle had been abducted.

Witnesses said the travellers were heading towards Abuja when they were abducted and taken into the bush.

One of the sources said the incident was reported to the regent of the town, Princess Tolani Orogun, who ordered local hunters and vigilante team to comb the entire forest and secure the release of the kidnapped victims.

According to him, the exercise yielded result as the kidnappers were rounded up in their den after a gun duel between the criminals and the local hunters.

He added that the hoodlums ran away while one of them was shot dead, revealing that some of the kidnappers also ran away with bullet wounds as the seven abducted victims were rescued unhurt.

Rauf noted that the seven victims had regained their freedom while the body of the kidnapper killed in the encounter had been deposited at the State General Hospital morgue in Ikare-Akoko.