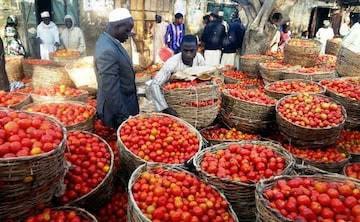 Following the blocking of foodstuff by northern traders to Southern part of Nigeria, IGBERE TV has gathered the traders have lost over 10 billion naira in one week.

They have also begun blocking trade routes to the South by stopping food item-laden trucks from going south.

Speaking to IGBERE TV via telephone, a trader, Musa Tijani said they have lost over N10Billion in just one week and pleaded with the group to allow them bring their foodstuff to the Southern part of the country.

According to him, “most of the perishable foodstuff have spoiled because even the countries that we are moving the goods to have the items”.

“So, what happens is that when we get there, they won’t buy most of the foodstuff till we will just dash them or dump them there.”

“We need stop this blockage and see ourselves as one. There is no difference between an Igbo man, Hausa, Yoruba and Fulani if we our leaders can unite us” he told our correspondent.