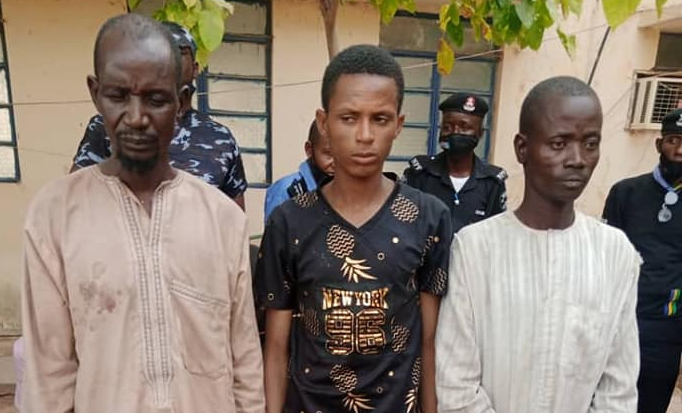 Operatives of the Katsina State Police Command have arrested a 3 members of a notorious bandit-kidnapping syndicate and recovered a N3.6m ransom in their possession.

SP Gambo Isah, spokesperson of the Police command, while parading the suspects at the force headquarters on Monday, said the suspects, Lawali Duna, 40, Muhammadu Lawali Babuga, 22, and Hussaini Abubakara, 30, were arrested by a patrol team attached to Faskari Division, while on routine patrol along Funtua-Yankara road on February 25.

SP Isah said the suspects are members of a notorious syndicate of bandits and kidnappers terrorizing Katsina and Zamfara states.

“Nemesis caught up with the suspects when they were intercepted on their way back to Zamfara state from Kaduna after collecting ransom money from the relatives of a kidnapped victim. In the course of investigation suspects confessed to the commission of the offence.” he said.