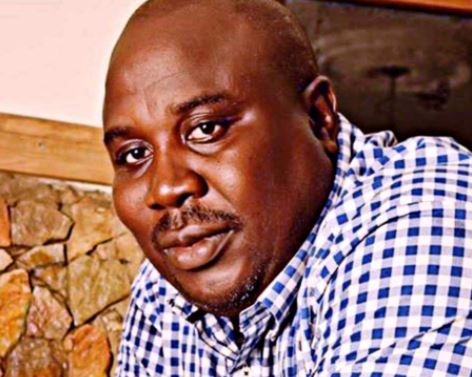 The lawmaker representing Ijebu North II, Oludare Kadiri has rejected his impeachment by the Ogun State House of Assembly, describing the development as “grossly unconstitutional and illegal.”

The lawmaker revealed that he was already consulting with his legal team to determine the next line of action.

Kadiri was impeached on Thursday, 4th March by the state house of assembly over allegations of gross misconduct.

Kadiri was impeached during plenary on Thursday after the committee set up by the House Speaker, Honourable Olakunle Oluomo to investigate him submitted its report.

However, the lawmaker in a swift reaction has rejected his impeachment, noting that he will challenge the development legally.

He also appealed to his supporters and people from his constituency to exercise patience, promising that the issue will son be sorted out.

“I just received the news of my purported impeachment based on the report of an ad-hoc committee set up by the Ogun State House of Assembly. The development, to say the least, was grossly unconstitutional and illegal.

“However, I have initiated consultation with my lawyers to fashion out the best possible way to address this infraction. I urge my teeming supporters, constituents and members of my political party in Ijebu North II State Constituency to remain calm as the issues that threw up this unwarranted action are sorted.

“In whatever capacity I find myself now or in the future, I remain committed to the ideals of a functional legislature, tenets of democracy and good governance,” he said.

The Borno governor stated this when he led the North-East Governors to perform the groundbreaking ceremony for the reconstruction and upgrading of the Bauchi State Government House on Thursday.

According to Zulum, the Bauchi governor has been refusing to dump the PDP for the APC.

He however expressed optimism that Bala Mohammed would join the ruling party soon.