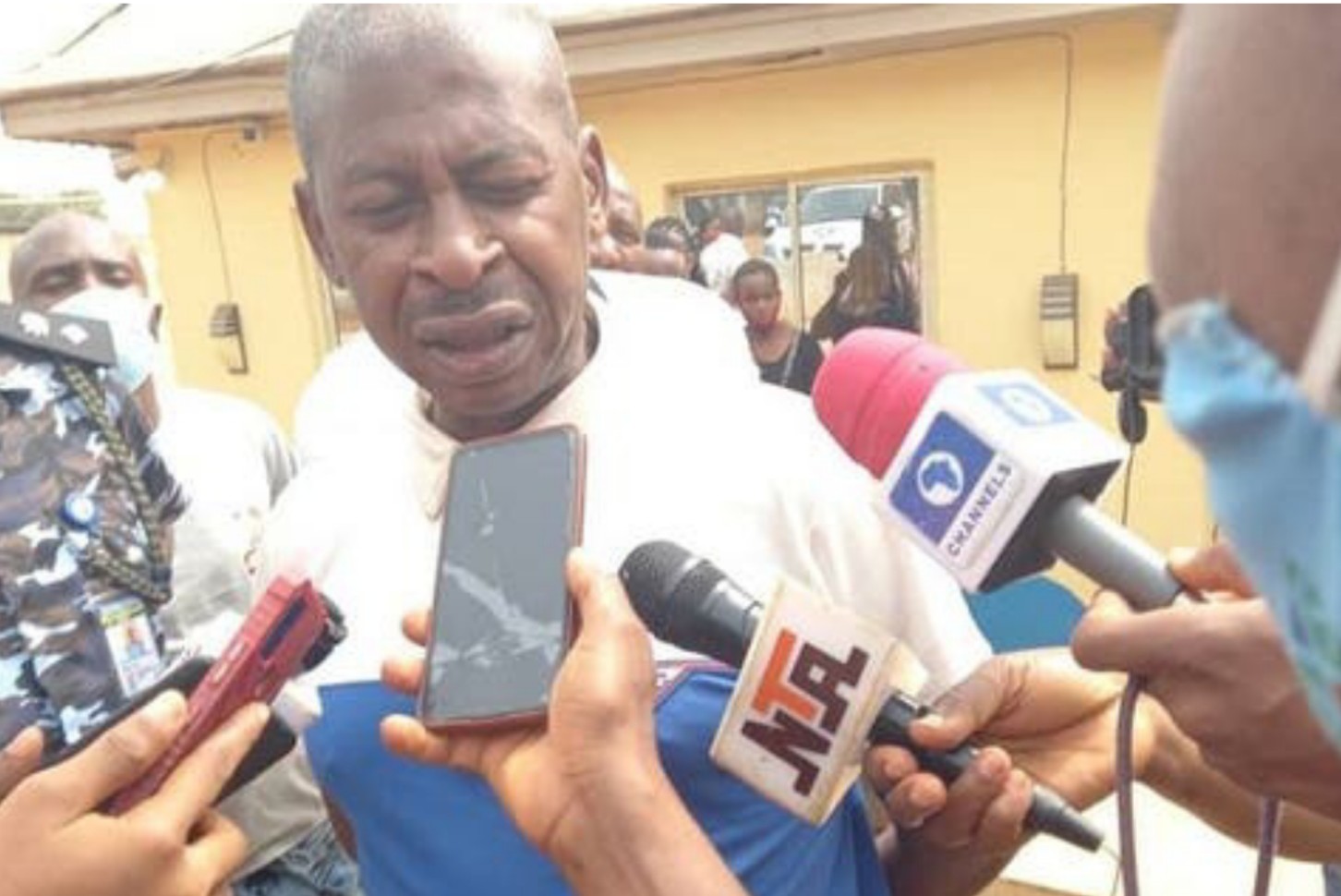 The suspect, Mr. Tochukwu Ikebuife alias Mmanye, according to reports was said to have specialised in spitting saliva in the palms of his victims and it will come out through the other side, an act uses to confuse and defraud his victims.

It was gathered that most of the Ikebuife’s victims were young girls and boys who were sales girls and apprentices serving their masters in different markets in Onitsha.

The suspect said to be from Ire in Obosi was said to have always swindled his victims of a huge sum of money ranging from N500,000, N850,000, N3 million to N5m respectively.

The arrest was made known when a group, Ndigbo Unity Forum (NUF), led by its National President, Dede Uzor A. Uzor, paid a courtesy visit to the anti-cult commander in Enugu-Ukwu.

The national president commended the new Commissioner of Police in the state, Mr. Monday Kunyas, and the commander for the major breakthrough in arresting the kingpin and his wife, Nkiru who is said to be his accomplice.

“People should be careful of such individuals.This is one of their antics. I urge police to immediately arraign the suspect and the wife to serve as a deterrent to others,” he said.

They urged the police to intensify efforts to arrest five other groups operating in Obosi using Camry and Keke to carry out their criminal operation.

It was gathered that about seven of the victims were present during the courtesy visit.