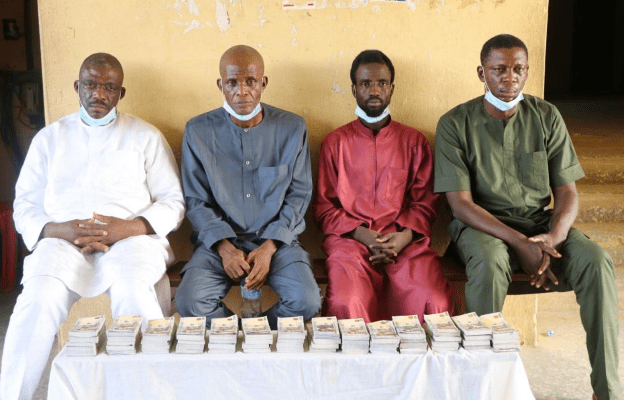 Four suspects have been arrested by the Federal Capital Territory (FCT) Police for allegedly being in possession of N5.7 million counterfeit notes in Wuye District.

This was contained in a statement released by the police public relations officer in Abuja, ASP Maryam Yusuf.

Yusuf said the suspects, during interrogation, confessed to using the notes to defraud members of the public.