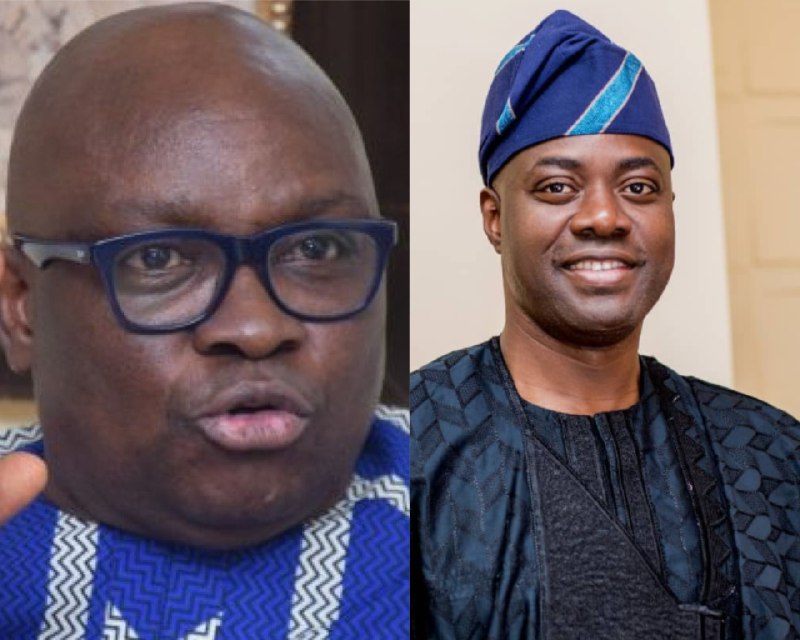 Former Ekiti State Governor, Ayodele Fayose, has described Governor Seyi Makinde of Oyo State as a weakling who can’t take decisions on his own.

Fayose and Makinde have been at loggerheads over the control of the Peoples Democratic Party (PDP) in the South-West.

Speaking in an interview with The Nation, the former governor said the Oyo state number one citizen has been taken over by spiritualists.

According to him, those close to the Oyo governor make him feel he is bigger than the whole Western Region.

He said: “I cannot sit down together with him again. It is not possible. Makinde has been simply taken over by spiritualists. The likes of Hallelujah have taken him away.

“Any leader who cannot be independent in decision making will remain a weakling. You must be able to take decisions and take responsibility. You don’t say you are governor and you start doing other things. What does that mean?

“The late Chief Bola Ige was a lawyer. His wife was a judge. Bola Ige would stand before his wife and say my lord. Was it true that she was Bola Ige’s lord? That office deserves honour. But, when your wife gets home, you say please, go to the kitchen and cook; go and do your duties as a woman. The woman too would not come and wear the toga of my Lord. She will end up in fool’s paradise.

“Those behind Makinde makes him to feel that the governor of Oyo State is bigger than the whole Western Region. Makinde will be criticising the National Working Committee. As who? It is not possible.”