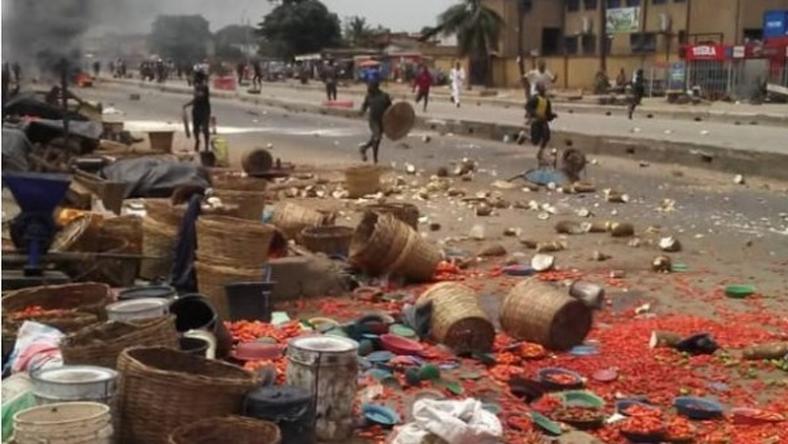 Seven Yoruba men were on Thursday remanded at Abolongo correctional facility in Oyo for alleged arson and murder during the Shasha market mayhem.

The Iyaganu Magistrate, I. O. Osho, who did not take the plea of the suspects for want in jurisdiction ordered the police to return the case file to the Office of the Oyo State Director of Public Prosecutions (DPP) for legal advice.

Ms Osho adjourned the matter until May 11, for mention.

Earlier, the prosecution counsel, Foluke Oladosu, told the court that the suspects conspired with others, at large, to commit the offence.

Ms Oladosu said, on February 12, at about 10 am, at Shasha market, Ibadan, the suspects caused the death of Adeola Shakirudeen, when they beat him up.

The police also alleged that the suspects caused the death of 31 others.

The prosecution also alleged that the suspects burnt two houses belonging to Adelabu Ibrahim and caused damage worth N50 million.

The police also alleged that the suspects also burnt down a house belonging to Osuolale Akindele and destroyed property worth N20 million.