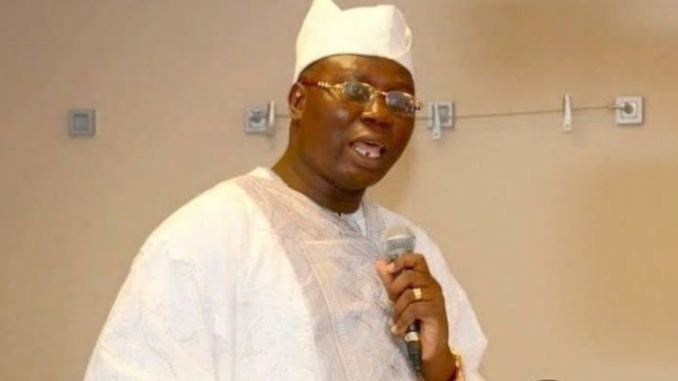 Aare Onakakanfo of Yorubaland, Gani Adams, on Friday, described the decision of some northern traders to block food supply to the South-West as embarrassing and unwarranted.

Adams stated this while speaking with newsmen on the recent protest of the Amalgamated Food Sellers in the north.

He called on the southwest governors to dedicate at least 15 per cent of their annual budget into agriculture to provide sustainable food production for the region.

The Aare Onakakanfo also suggested that the six state governments could employ expertise with the Rwanda model into agricultural sector.

Adams added that the northern traders are not doing the South-West favour by supplying foodstuff to the region, adding that the southwest consumed more than 8 billion naira foods and protein daily.

He said, “It is embarrassing for the North to threaten our region with an unwarranted blockade that is of no use to us. I have it on good record that the south spends over 8 billion naira daily on cow consumption.”

“It is an embarrassment for the north to think that they are doing the south a favour. I also have figures of the several billions we spend daily on perishable products, but the truth is that the blockade that had been suspended now seemed to be a blessing for us because it will trigger an agricultural revolution in the southwest that will definitely change the ugly narratives of the past.”

“So, I think it is the responsibility of all the South-west governors to swiftly respond to this threat and seek a better approach to enhance both small and large scale farming across the region and further strengthen the security architecture of the region.”

Meanwhile, the Northern Elders Forum (NEF) has condemned the involvement of the former Minister of Aviation, Femi Fani-Kayode in the negotiations with the Amalgamated Union of Food and Cattle Dealers Association of Nigeria (AUFCDN) to call off their strike.

In a statement on Friday, signed by its Director of Publicity and Advocacy, Dr. Hakeem Baba-Ahmed, NEF described the former Minister as a “violent, criminal and questionable individual”.