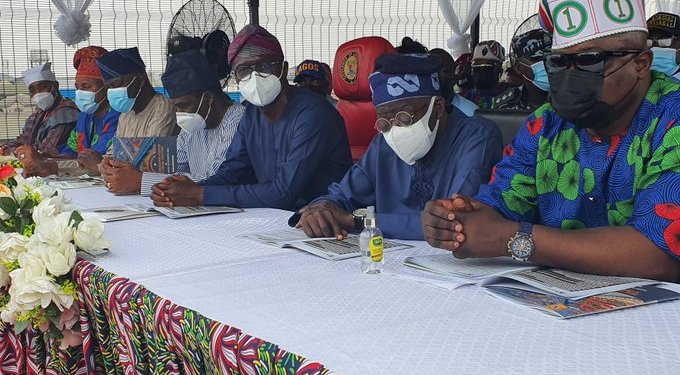 The project was started by the administration of former Governor Akinwunmi Ambode.

The National Leader of the All Progressives Congress Asiwaju Bola Tinubu arrived for the inauguration of the Agege Pen Cinema Bridge project in Lagos.