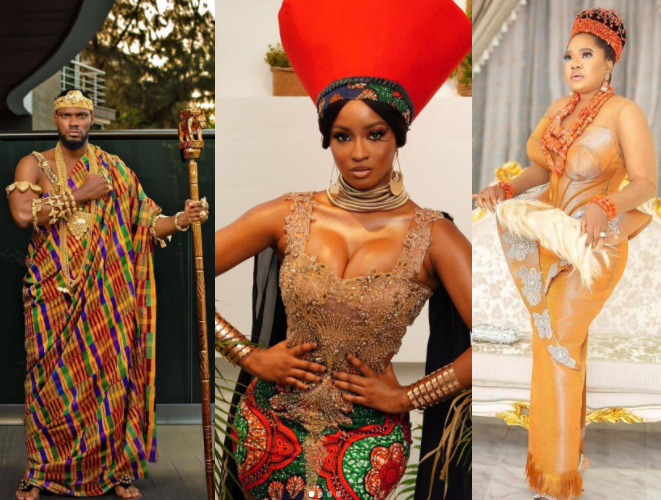 “Coming to America” 2 was released across the world on Friday, March 5, 2021, with some cast in the 1988 edition including Eddie Murphy as Akeem, Arsenio Hall as Semmi, and James Earl Jones as King Jaffe Joffer appearing in the latest edition.

Award-winning Nigerian singer, Davido also feature in the movie and also performed live on stage for an audience in a packed room.

The movie premiered in Lagos on Friday and here are some of your favourite celebrities who showed up for the event.