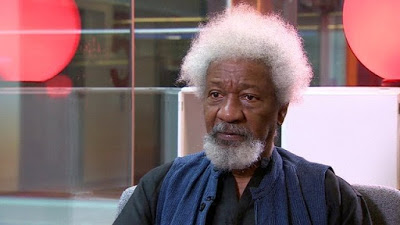 Nobel laureate, Prof. Wole Soyinka, on Saturday, re-echoed the call for restructuring the country as a means of tackling some of the major problems confronting it.

Soyinka stated that there was a consensus among Nigerians that the country must be restructured urgently, saying anybody still asking what restructuring means despite the numerous explanations already provided should be ignored because such persons had chosen to be ignorant deliberately.

The event, which was held virtually, had in attendance dignitaries, including a former Secretary-General of Commonwealth, Chief Emeka Anyaoku; the Emir of Sokoto, Saad Abubakar; Ooni of Ife, Oba Adeyeye Ogunwusi; former Emir of Kano, Muhammadu Sanusi II; and former Deputy Governor of Central Bank of Nigeria, Obadiah Mailafia, among others.

Soyinka said, “There is a consensus that this country whether in terms of governance, economic relations, security, educational policy, cultural policy, etc, requires restructuring. Even the word ‘restructuring’ has been restructured in many directions, in cogent expression which will mean the same thing for everybody.

“For me, for instance, I emphasised decentralisation, reconfiguration…We all know what we have now is not working, it’s obvious and we can’t continue along the same line and say that it will work, it is sign of madness.

“I want to make a plea to all governors, stop being so timid. Push this federal envelope as far as it can go, even while we undertake the technical aspect of restructuring whether in terms of dialogue, evolving the constitution or whatever, something has to go on, after all, we’ve had so many of these confabs.

“My plea is to governors to start with: You are charged with the immediate responsibility of the welfare of your own people in whatever term and if you study the constitution carefully, I have done this with lawyers, and it seems that a lot can be done at this moment.

“You need a season of greater autonomy for your own states and that is what I mean by pushing the federal envelope as far as it can go even with this impossible document that we have to cease what power, what authority you can derive from the constitution.

“Consult with your lawyers, I have consulted with mine and they also expressed the view that the governors are too timid, there is too much centralised mentality embedded in their minds and they are afraid to come out of their cocoons.

“Please remember that your primary responsibility is not the centre but the people, the state. So, take in your hands any form of authority that you can get even from this constitution as it stands while we are working on a more honest, a more people-oriented constitution.”

Anyaoku also said Nigeria needed a new constitution which would be produced by the people.

He said, “There is no section or ethnic group that does not stand to gain from belonging to one country that is the size and resources of Nigeria. Therefore, it is and should be in the common interest of ethnic groups and component parts to sustain and nourish one country.

“The growing level of distrust and divisiveness among ethnic and religious groups are undermining the cohesion and threatening the continued existence of one Nigeria. For how can the leadership of Nigeria continue to ignore this fact?”

The guest lecturer, Odia Ofeimun, and Sanusi, however, clashed over why the North had been educationally backward.

Ofeimun, a poet who was the private secretary to Awolowo, said, “Every child in the North should go to school. There is an ethnic argument against education. They are using that argument to stop the rest of us from moving forward.”

Ofeimun had hardly finished speaking when the former Emir of Kano tackled him, saying the problem was not ethnicity but the failure of the government to provide schools, train the teachers and provide everything needed to encourage the children in the North to go to school.

Sanusi said he also believed that the problem was ethnicity until he became the emir and saw the situation differently.

He also argued that the British colonial masters did not want the North to be educated like the South.