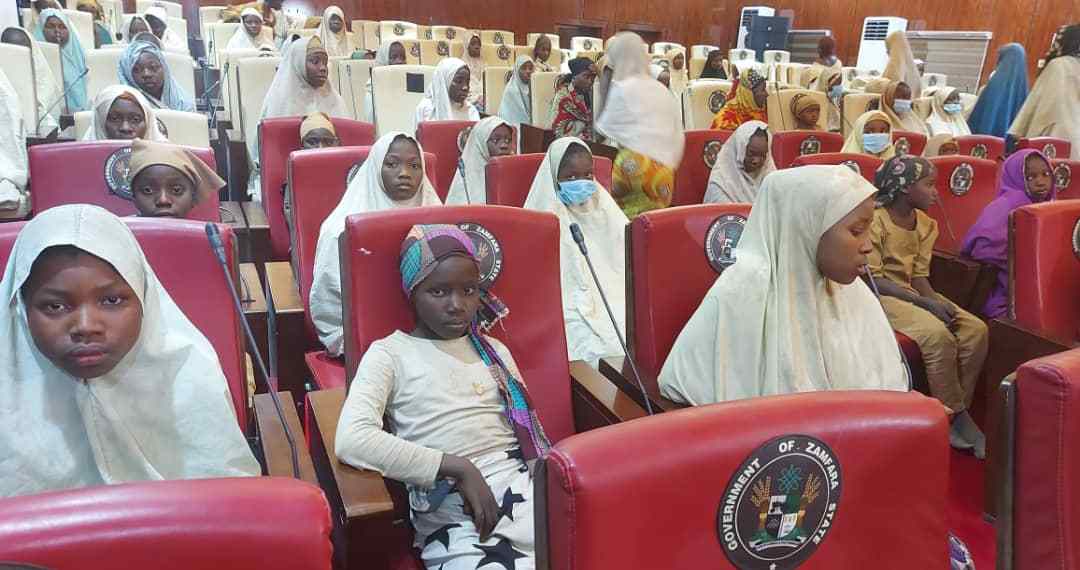 The leader of the All Progressives Grand Alliance (APGA) in Zamfara State, Dr. Sani Abdullah Shinkafi, has accused the state All Progressives Congress (APC) of offering N56 million to bandits not to release the abducted Jangebe girls.

Shinkafi, who was the 2019 governorship candidate of APGA in Zamfara State, made the allegation during a press briefing.

According to the former guber candidate, the aim of the APC leaders was to sabotage the peace effort of Governor Bello Mohammed Matawalle.

He said: “I, therefore, challenge politicians from both the ruling and opposition parties to subject their telephone numbers to security checks since I am confident that the story that will come out of that process would be shocking.”

Shinkafi said the security checks on the personal telephones of the selected politicians should be from 25th of February to the time when the girls were released.

He said some APC members in Zamfara were desperate to ensure that Matawalle failed in his commitment to transform the state, pointing out that security operatives needed to be active in curtailing the insecurity situation affecting the country.

Recall that former Minister of Aviation Femi Fani-Kayode has accused a ‘Special Advisor’ of being behind the insecurity rocking Zamfara and 9 other states in Nigeria.

The Peoples Democratic Party (PDP) chieftain made this known in a post on his Twitter handle on Saturday.

Fani-Kayode, who did not name the Advisor, stated that his objective was to destabilise 10 states to ensure President Muhammadu Buhari declares a state of emergency in each one.

He wrote: “The conspiracy to destabilise our nation is coming from within. The culprit is a crooked Special Advisor.

“The objective is to destabilise 10 states including Zamfara & ensure the President declares a state of emergency in each one.

“This man is the enemy within. I will expose him.”