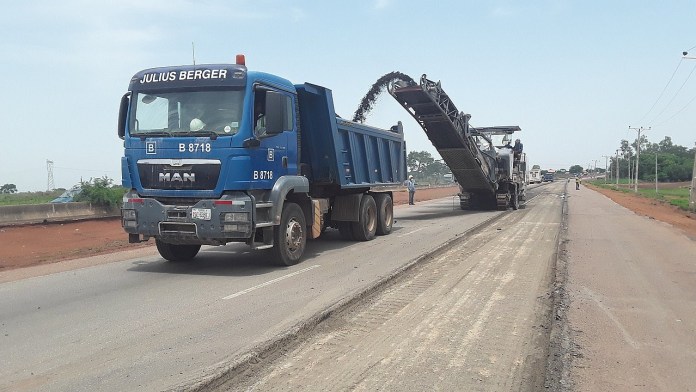 The Peoples Democratic Party (PDP) has accused the President Muhammadu Buhari-led Federal Executive Council of paddling the cost for the reconstruction of the Abuja-Kaduna-Zaria-Kano road at an outrageous N797.23 billion.

The opposition party National Publicity Secretary, Kola Ologbondiyan in a statement on Sunday said that the approval of the outrageous cost “speaks volumes of the level of profligacy and corruption inherent in the administration”.

He also added that the ruling party wants Nigerians to believe that “it is spending N12.12 billion ($5.58 million) per kilometer of road”, describing it as “height of corruption, recklessness and insult to the sensibilities of Nigerians”.

The statement reads in full: The Peoples Democratic Party (PDP) has raised the alarm over the manifest padding of the cost for the reconstruction of the Abuja-Kaduna-Zaria-Kano road at an outrageous N797.23 billion, a project racket which has again exposed the multifaceted corruption in the All Progressives Congress (APC) administration.

The party asserts that the approval of a scandalous N797.23 billion ($2.09bn) by the President Muhammadu Buhari-led Federal Executive Council (FEC) for the 375 kilometer road, speaks volumes of the level of profligacy and corruption inherent in the administration.

While the PDP has nothing against any genuine effort towards infrastructural development in our country and particularly the reconstruction of the Abuja-Kaduna-Zaria-Kano road, our party, and indeed, all well-meaning Nigerians, reject this clear attempt by the APC administration to hide under this desirable project to fleece our nation.

Our party invites Nigerians to note that by awarding the reconstruction of the 375 kilometer road for N797 billion, the APC Federal Government wants the nation to believe that it is spending N12.12 billion ($5.58 million) per kilometer of road.

The PDP holds that this is the height of corruption, recklessness and insult to the sensibilities of Nigerians.

Nigerians can now see how the APC-led administration has been awarding projects at over- bloated costs, bulk of which are diverted to private purses of APC leaders and the cabal, making our roads the most expensive in Africa.

Similar roads with the same length in kilometers and road architecture are being constructed at far cheaper costs in other countries across Africa.

The PDP holds that awarding our roads at indefensible costs just to enrich APC leaders at the detriment of millions of other Nigerians is completely unacceptable.

It is common knowledge that there are internationally recognized costs per kilometer recommended by many international organisations to which Nigeria belongs, but the APC administration had failed to subscribe to such a template because of its proclivity for corruption.

Furthermore, there are reports that under the APC, roads are being awarded to contractors before the structural designs are ready.

Moreover, the concept of competitive bidding for contracts is being relegated thereby shutting out genuine contractors who could have delivered more qualitative jobs at realistic costs.