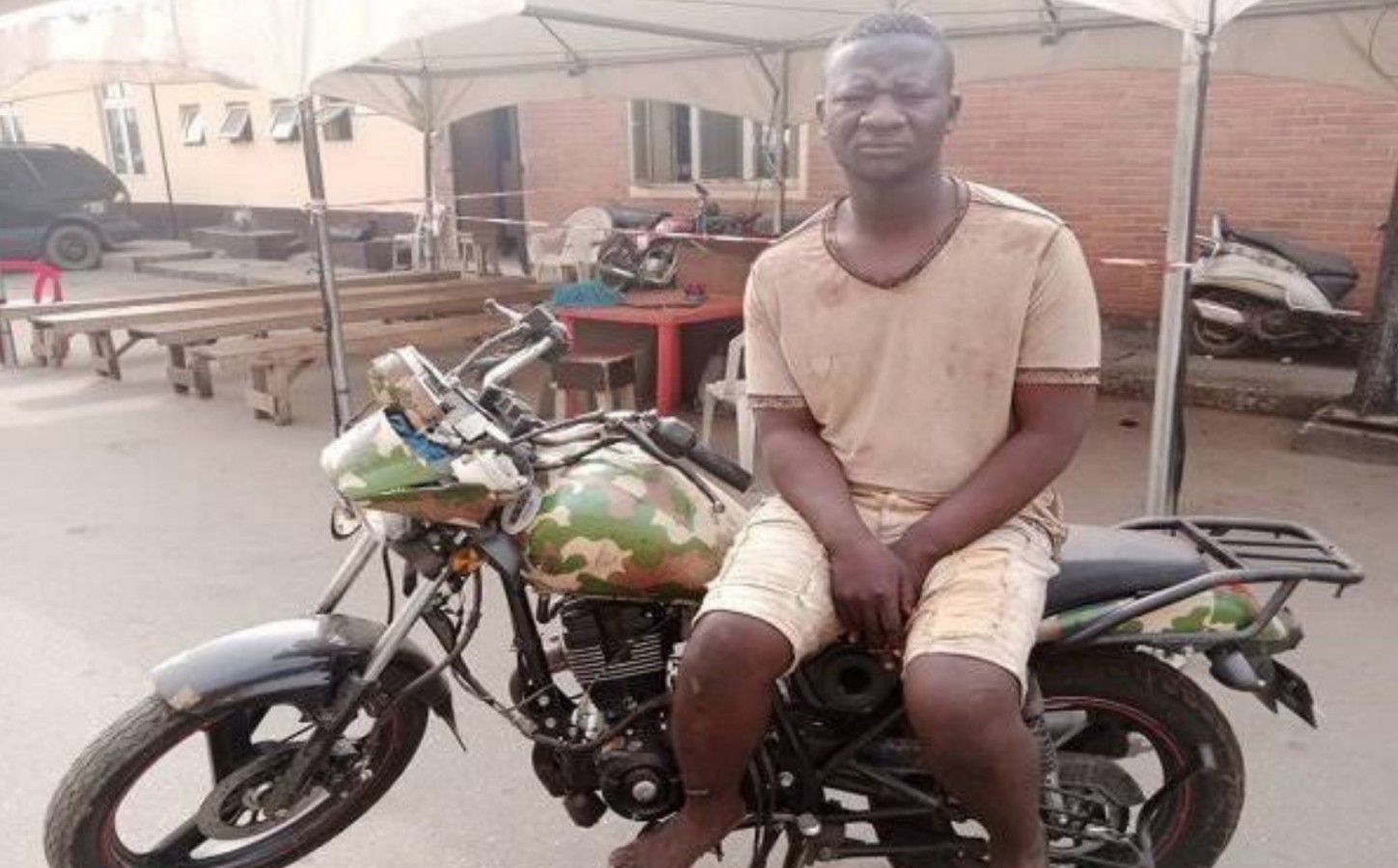 A Lagos State Mobile Court over the weekend convicted and sentenced a fake soldier arrested by the operatives of the Lagos State Environmental and Special Offences (Enforcement) Unit (Taskforce) for assault and impersonation to six weeks in jail term.

Speaking on the arrest and arraignment, the Chairman of the Lagos State Environmental and Special Offences (Enforcement) Unit (Taskforce), CSP Shola Jejeloye, disclosed that the convicted fake soldier was arrested along with his commercial motorcycle painted in camouflage after assaulting members of the enforcement team of the Agency with other miscreants at Airport Bus-stop along Lagos-Abeokuta Express-way.

He said that the operatives of the Agency were coming from a monitoring and enforcement operations with over 150 impounded motorcycles loaded into three of the Agency’s trucks before the fake soldier, whose commercial motorcycle was among those impounded on restricted routes, mobilised other miscreants and attacked the team with dangerous weapons such stones, bottles and iron-rod.

According to the Chairman, “The fake soldier was subsequently arrested after the attack and during investigations at our office, it was discovered that he was an impersonator.

“The man later confessed to having only claimed to be a soldier in order to retrieve his impounded commercial motorcycle and that he painted his motorcycle with Nigerian Army camouflage in order to evade arrest from security agents while engaging in commercial activities on restricted routes.”

CSP Jejeloye urged members of the public to stop impersonating security agents to commit crimes as anyone caught would be seriously dealt with in accordance with the Law.

The Chairman, however, confirmed that the arraignment of the fake soldier at the Lagos Mobile Court was in compliance with the directive of the Lagos State Commissioner of Police, CP Hakeem Odumosu.

Magistrate Oyebimbola Israel Adelakun, who presided over the matter sentenced the accused, Kabiru Mohammed (25 yrs) to six weeks in jail with N40,000 as an option of fine after he had pleaded guilty to the three-count charge of Assault, Conduct Likely to Cause Breach of Peace and Impersonation levied against him.