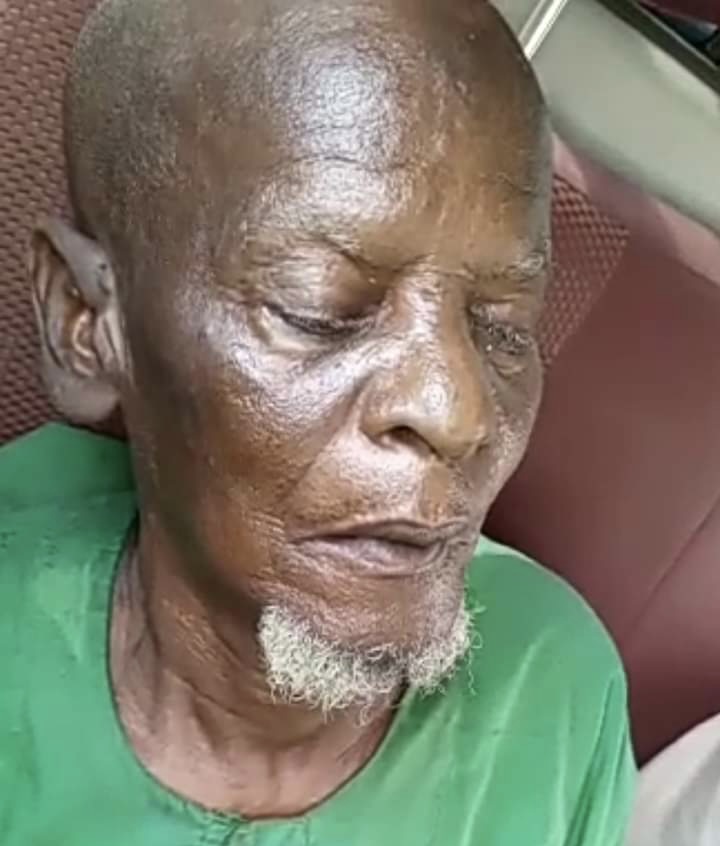 Notorious herdsman, Iskili Wakili, who was arrested by members of the Oodua Peoples Congress in Kajola, Ibarapa area of Oyo state on Sunday says he’s a victim of kidnapping as he was forced to pay kidnappers millions as ransom to secure his sons’ release.

Wakili made this claim on Monday while speaking at the state criminal investigation department, Ibadan.

He said he’s not a kidnapper, stating that he has no criminal records anywhere and this can be investigated.

Wakili said: “Sometime last year, two of my children were kidnapped and I paid millions of naira as ransom before they were released. I am not a kidnapper.”

“Two days after my return from hospital (in Cotonou, Republic of Benin), I was lying down because I was ill and suddenly some women came and started shouting that armed OPC men had come looking for me.

“I asked them to flee but I could not run because I was sick. Two men later came and picked me from where I was lying down, they threw me in their vehicle naked. I fainted many times before they drove me to the police station in Igboora. From there we were taken to SCID, Ibadan.

“I am not a criminal, my children are not criminals. I don’t know anything about kidnapping or any crime. I have many cows and I know they stray into farms at times but I don’t have criminal records anywhere and this can be investigated. After they took me away from my home, a woman, Tande, was killed.”

Oyo state commissioner of police, Mrs Ngozi Onadeko said the police told Wakili to the hospital after he was handed over to them by OPC members. She urged Nigerians to stop giving ethnic colouration to crime.

Onadeko said “I keep telling you to stop giving ethnic colouration to crime. The question is this, was there any crime committed? It is not a question of whether they were Yoruba and Ibos.

“They had been trying to arrest Wakili. They said they arrested Wakili and two others. But the issue is that as the OPC people left, they set the camp on fire and shot a woman on her stomach. Her intestine gushed out and the woman died. That was basically what happened on Sunday.

“My appeal is that we should all come together to fight crime. Give us credible information. Anybody who has complaint against Wakili, this is the best time to lodge complaints so that he can be investigated. Wakili is in the custody.”