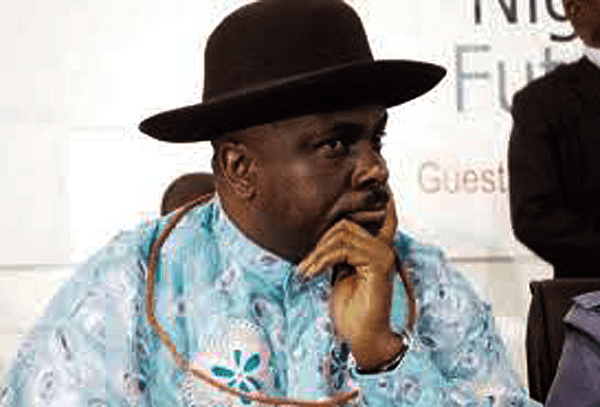 The House of Representatives has asked the Federal Government not to spend the £4.2m (N2.2bn) seized from former Governor James Ibori until it concludes an investigation of the repatriation process.

This is just as members of the House from Delta State, where Ibori was governor and looted its treasury, insisted that the money should be taken back to the state while alleging that the actual amount is £6.2m, and not £4.2m.

The House consequently resolved to investigate the circumstances surrounding the recovery and planned disbursement of the loot.

On Tuesday that the Federal Government had no plan of releasing the money to the Delta State Government, a development which has been rejected by the state government.

The Minister of Justice and Attorney-General of the Federation, Abubakar Malami (SAN), while thanking the UK, had said the money would be used for Federal Government projects such as the Lagos-Ibadan Expressway, the 2nd Niger Bridge, and the Abuja-Kano rail.

Malami said this while delivering his speech on Tuesday at the signing ceremony of the Memorandum of Understanding between Nigeria and the government of the UK regarding the return and management of the stolen assets recovered from Ibori and associates.

The minister had given no indication that Delta State would receive a portion of the funds.

At the plenary on Wednesday, the House unanimously adopted a motion jointly moved by Delta representatives, urging the Federal Government, through the Federal Ministry of Finance, Budget, and National Planning, to “stop forthwith further appropriation/and or disbursement of recovered loot of the £4.2m pending the final determination of the matter by the House.”

The House also requested the ministry and the AGF to furnish the House with all particulars relating to the recovered money, while directing the House Committees on Finance, Justice, Loans, and Recovered Funds to “investigate this matter and revert to the House within two weeks.”

Moving the motion, Elumelu said, “The House notes that the sum of £4.2m, being proceeds of looted funds recovered from a former Governor of Delta State, Chief James Ibori, is being transferred to the coffers of the Federal Government of Nigeria for appropriation without recourse to the Delta State Government and /or parliament in two weeks’ time.

“The House is worried that if the Federal Government is allowed to appropriate the funds without recourse to the Delta State Government, the people of Delta State will be short-changed/deprived of their legitimate resources to improve on the economy of the state as well as provide the requisite infrastructural development for their benefit.”

The lawmakers also disputed the amount being claimed by the Federal Government.

“From all indications and information to Delta State indicate that the actual money is £6.2m and the Federal Government should ensure that the total of £6.2m is credited, not £4.2m as stated,” the motion partly read.