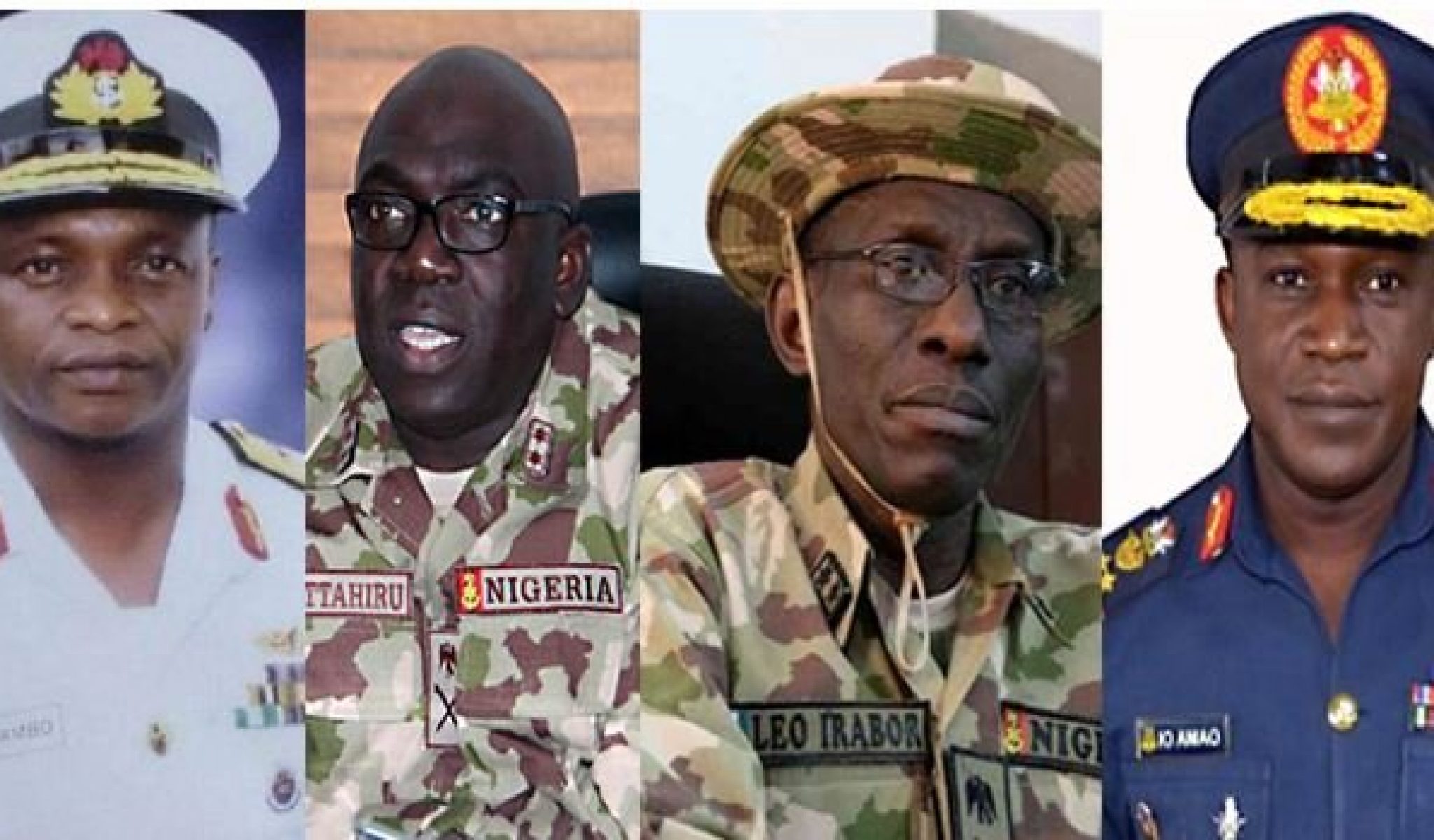 After the initial pleasantries between the host and the visitors, the government team and the Service Chiefs went into a close door session.

Journalists were barred from covering the session.

The session is ongoing as at the time of filing this report.

The Service Chiefs who paid a Courtenay call on the Governor are said to be in the state to supervise change of leadership at the 2 Division of the Nigerian Army, Odogbo Barracks, Ojoo.

The Service Chiefs who arrived Ibadan earlier are led by the Chief of Defence Staff, Gen. Leo Irabor.

Irabor had earlier addressed officers and men of the division.