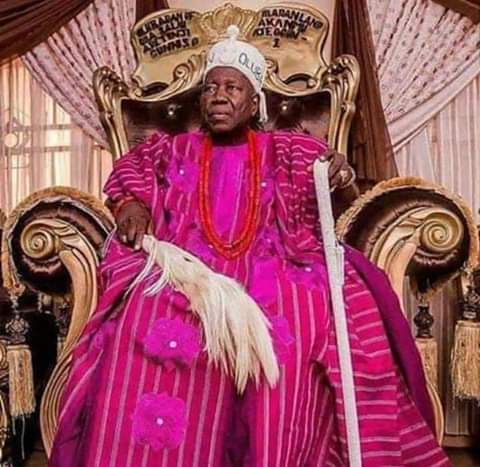 Olubadan of Ibadan land Oba Saliu Adetunji has ordered the Sarkin Sasa Haruna Mai Yasin Katsina to operate under the leadership of the Baale of Sasa Chief Amusa Ajani.

Represented by the Otun Olubadan High Chief Lekan Balogun, who led other high chiefs at the meeting, the monarch said the structure of traditional leadership in Ibadan is clear that the Baale is the overall leader in every community in Ibadan land.

He urged the Hausa leader to operate under the Baale for smooth administration and structural peace.

Katsina is the Chairman, Arewa Communities in the 17 Southern States of Nigeria.

Oba Adetunji strongly advised the Sarkin should face the reality that irrespective of the honour accorded him, he is under the chieftaincy stool of the community leader of Sasa, Chief Amusa Ajani where he resides.

The monarch complained the pre-eminent position granted the Seriki n’Sasa in the scheme of things in the state was unbecoming, asking all the relevant authorities to know and accept the fact that the community leader is under the Baale of Sasa.

READ  'Noah Was On Lockdown For 150 Days' - Bakare Says His Church May Not Open Till End Of The Year
Share this Post[?]